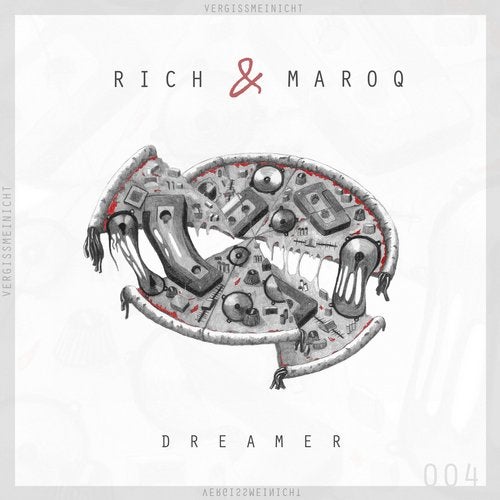 Sometimes the most unlikely combinations yield captivating results, and Rich & Maroq appear to be a case in point. The methodical, determined Scotsman Richard Elcox and the flamboyant Peruvian Jorge Marroquin have been companions on a musical trip since 2008, as a DJ duo and founders of the Vergissmeinnicht collective. This year they are releasing their long-awaited first joint EP. There's no doubt that the wait has paid off: in the Dreamer EP Rich & Maroq present a stand-out release of exceptional quality and demonstrate that their skills are not limited to memorable DJ sets, they can also produce remarkable results in the studio. Now Rich & Maroq are following up with their hotly anticipated duo release, and they have their good friend Ron Flatter on board for a remix. The release of the Dreamer EP on Vergissmeinnicht will be celebrated on 17 September 2015. Timorous are the voices of these strange birds, remaining unseen, even the origin of their calls shrouded by the echoes of the forest. Timorous, Held together by a captivating drum groove, Timorous opens the EP with soft atmospheric and arpeggio sounds before a melancholy synth line draws the listener's attention with its wistful lament. With harmonic support from pad sounds, the melody gradually develops until the second half of the track, where the tonal structure is reduced and a surprising rhythmic change introduces the break. The listener is initially left in the dark as to how the story will progress, until the familiar synth reappears, ending the break and bringing the track to its high point. Subtle strings and densely woven melodies complete the sonic landscape before the intensity is slowly reduced towards the end of the track, slipping away gently from the listener. A wonderfully melancholy song that reveals new details upon every listen. The city, the infrastructure we knew, has reached breaking point. It creaks and fails, perpetually reboots. Avalanche Dark, swirling synth sounds, quirky sweeps and industrial patterns evoke an ominous atmosphere from the beginning that continues to build. A strong synth melody joins the fray during the break, supported perfectly by the bass, adding a melodic component to the piece. A powerful track tailor made for the dark club setting. Every cell senses the new order emerging from the chaos the moment when the Dreamer's dream slots into place. Dreamer. The title track begins with a gentle, dream-like atmosphere. A simple beat is syncopated by filtered, constantly moving atmospherics and pitched vocal samples. Slowly the piece builds until a synth pad introduces the break. The first bass enters the fray after the drop and lends the track a solid foundation that is later topped off by a tingling synth sound. A dreamy, almost naively romantic track with many organic elements. The EP receives its final touch and a fresh perspective from Ron Flatter's Dreamer remix. Ron adapted the original harmony, swapped numerous sounds and mixed an entirely new sound palette for the track. Carried by a driving percussive group, this dream reveals itself in countless hidden melodies, whose choral sounds lend the piece a ceremonial character. The EP has been mastered by Katermukke Mastermind Sascha Cawa at his studio in Berlin. The hand-illustrated artwork was created by the artist Jo Kraus. The Dreamer EP by Rich & Maroq feat. Ron Flatter remix will be released digitally on Vergissmeinnicht on 17 September 2015.