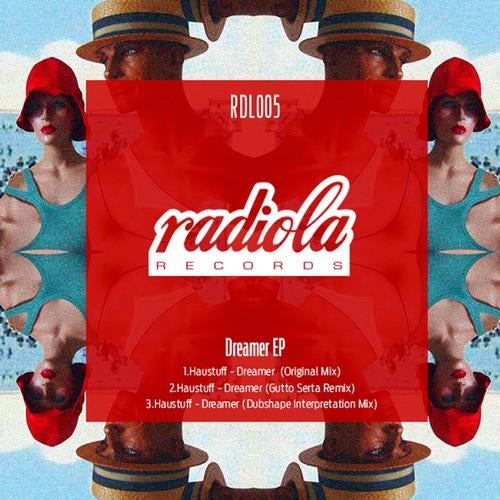 Haustuff is the more experienced guy from Radiola Records hitting the road for more than ten years, djing since 1998. Also working as an audio engineer in these days he is one of the most important artists from the crew. To reinforce this release we bring you Gutto Serta, another producer from this label that recently released at Inner City Records very first compilation alongside names such as Dale Howard and Giom. Another big support came from the duo Dubshape that nowadays are one of the most respected projects in Brazil that holds residency at the D-edge (one of the best clubs in South America) and with releases in two of the most important labels in the current electronic scene such as Crosstown Rebels and Kompakt.

The first track that also gives name to this EP "Dreamer" is where Haustuff shows his 90's influences using Korg MS 2000, Alesis SR16 Drum Machine and analogic compression to create this House Music master piece. In Gutto Serta's remix we can found more spatial effects in its chords making it sounding clean and intelligent. In Dubshape's Interpretation Mix we can hear the latin grooves, jazz influences and melodies that are evident characteristics from the duo's sound, all together to bring you a track with amazing good vibes.