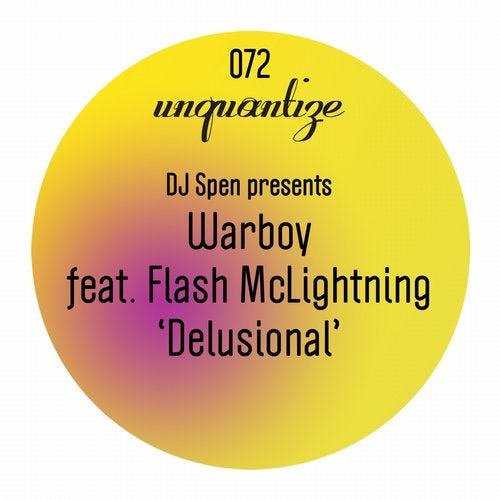 
Unquantize drops power pack energy with this banging peak hour gem, Warboy's "Delusional" featuring Flash McLightning. Warboy has become firmly established as a leading figure in London's club scene over the past decade, having been closely involved with some of the city's most definitive nights. His uncanny knack for embracing change and knowing how to shape new ideas has resulted in a long line of influential projects, from club nights, to fashion trends, and musical productions. He's the resident DJ and promoter of Sabajaq at Egg London, included in DJ Mag's Top 100 international clubs. Flash McLightning's soulful and energetic vocals are interwoven with Warboy's stellar production skills and creativity making "Delusional" a treat for dance floors everywhere!
This release contains an original mix that captures the resurgence of the classic house sound updated to perfection. You also get the morphing and mesmerizing "Club Mix" that pounds with filters and peak hour drive. Finally, you get a Soulfuledge & DJ Spen Remix as an added bonus to this already incredible package.
Unquantize Your Mind and Let Your Body Be Free!!!!