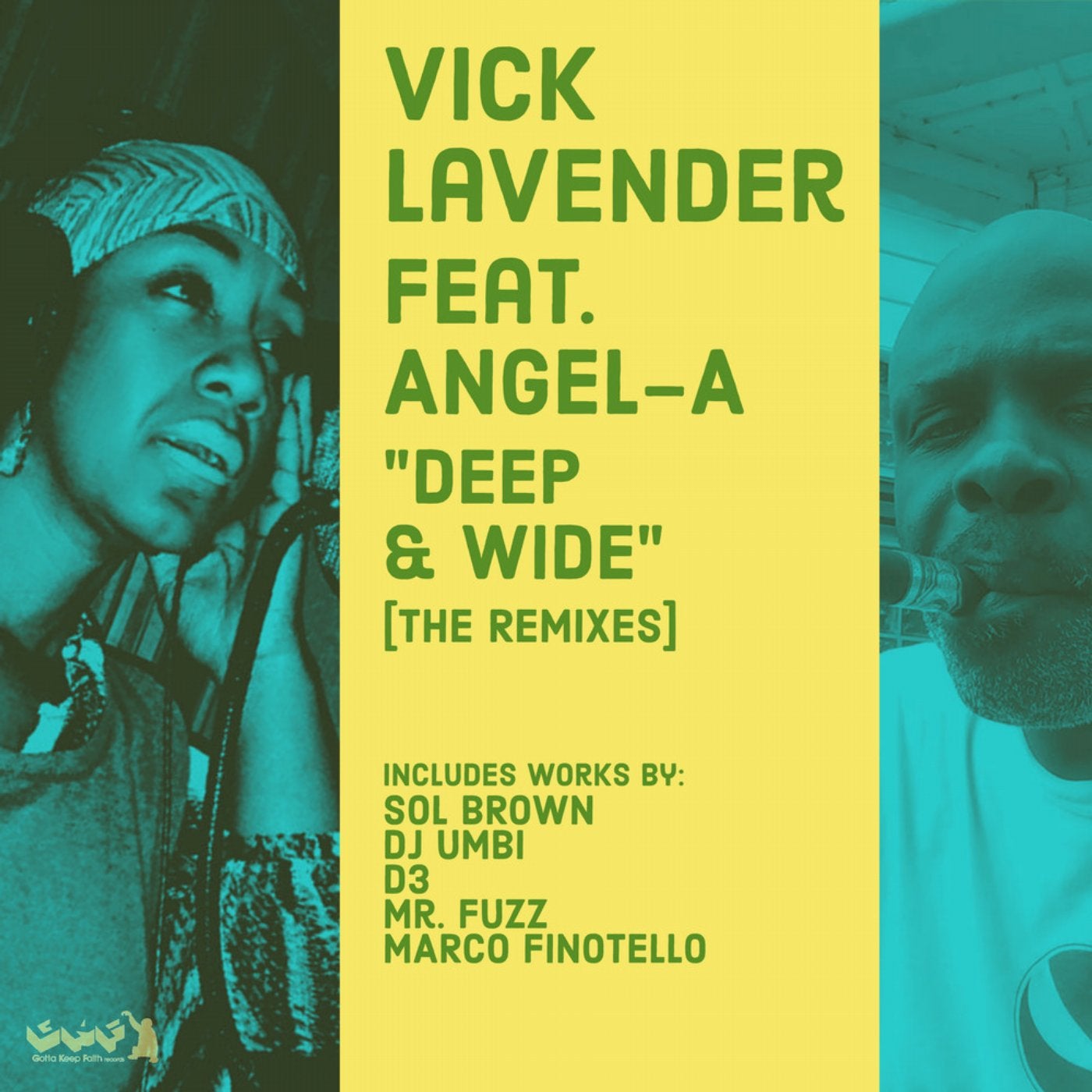 At less than six months from the original release date by the Chicago's music maestro Vick Lavender together Angela Tarrant as known as Angel-A, the project called "Deep & Wide" come back again on Gotta Keep Faith Records just in time for the summertime with some really exclusive remixes as you didn't heard since a long time.
For "The Remixes" package take part to the project the London based DJ Sol Brown, producer of some really high quality soulful releases and well known DJ in London's famous clubs like SupperClub, Egg, Turnmills, Herbals and Ministry Of Sound. His remixes open the package with the typical UK soulful energy that filled for years our records' bag and that also today continue to live thanks to other great producers like Sean McCabe, Nick Moss, Richard Earnshaw, Joey Negro just to name a few
Follow the remix of one of the GKF's stable remixers since a long time. We're talking about the Bolognese's producer Dj Umbi that have remixed the project with sounds that bring back to our mind music tastes from first Paris Saint Germain, Koop and Greg Porter. That's so interesting.
Then it's the turn for the Croatia's player & producer Davor Devcic Daga a.k.a. D3 that started producing music for GKF since 2007. The 70's live guitar riff and melodies will bring you in an amazing trip into the classic dance sound.
Close the package two other important remixes from other GKF's stable producers as Frederic Faupin better known as Mr. Fuzz that deliver a deep soulful mix and Mr. Marco Finotello with an exclusive sax-full chill-out mix. And the Chill music of Marco Finotello is the first time that find an home to our label.
7 new versions to still give you the chance to play in all your DJ's set this lovely "Deep & Wide" for the rest of the season