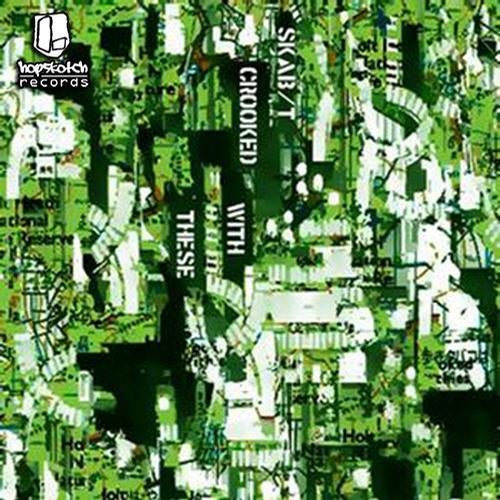 skab/t is a producer of electronic music who began his first experiments with synthesis in 1992 while at university in Bristol. Based now in Tokyo, he has been involved in the Japanese IDM & Glitch scene for many years, heading up the 'Freeta Corrective' responsible for series of block parties nestled in the maze of Tokyo's busy streets..His next release titled Crooked With These, is a dark and dirty downbeat-driven look at what happens when the milk crate runs dry. Nine tracks of chopped and chomping rhythms licked into a frenzy by warm and distorted basslines and fetishistically sparse melodies. Taking his lead from masters of the dirty cut such as Machine Drum, Proswell, Ilkae and Dabrye, he ties together minimal Jazz, P-Funk and avant-garde explorations with twisted samples and relentlessly churning atmospheres. It's a spooky record, by turns nostalgic, optimistic and reflective.All tracks w/p by skab/tBrawler w/p skab/t & Distruc. Mastered by John McCaig @ www.panicstudios.com