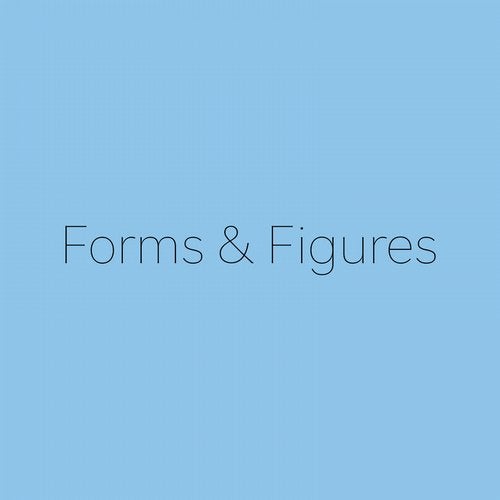 For our second offering here on Forms & Figures we're heading back 22 years. Released under Alex Krugers early alter ego Korsakow, the original vinyl pressings from 1996 and '97 are pretty rare and very expensive nowadays, and we've got numerous DJ and fan requests from all over the world who asked to bring them back again into the digital ages.

'Abduction', released on Dole & Kom's BCC Records, was the title track to Alex's second solo 12" as Korsakow. It's a simple yet hypnotic tune with classic 808-driven House groove, that goes on and on. It was rediscovered by Raresh a couple of years ago, who included an edit of it into some of his mixes which finally led to a vinyl re-release on the Malonian label in 2016 including the original version and two of Raresh's edits under his Benon alter ego. Since not everybody owns a record player anymore it's about time to also re-release it to the virtual world without ground noise, crackles and guaranteed right speed.

'Deep in Space', the twelve minute monster dub with a twist, came out in 1997 on Frank Mullers 'Muller Records'. It's one of those tracks that's hard to categorise. Starting with a dub groove garnished with spacey pianos and vocal, bits that fly around the room, it builds up into a proper Techno stomper just to fall apart again into a groovy old school Trance thingy. Whatever you call it, it's just beautiful.

Both 'Make U Crazy' and 'Deep Love' are taken from Alex's first Korsakow Solo-EP 'Korsakows Modulated Mind', released with the USM Label run by the R.A.N.D. posse, today famous for their record pressing plant in Leipzig. As the story goes, back in 1995 Alex was selling a synthesizer that broke during shipment. That incident and it's pretty long journey to get it back to life and home to it's new owner again led to his second vinyl release with the crew of music lovers from east germanys beautiful south.

While 'Make U Crazy' is a timeless atmospheric and stripped down Deep Techno tune with rolling 909 drums, chord-melody and noise stabs out of analog synthesizers, 'Deep Love' takes us into the depths of one of his early views on more sample-oriented groovy House, a production genre that, over the following 22 years, Alex always enjoyed to revisit.

These four timeless tunes, juicy mastered by Salz Mastering, will most likely bring back good memories for the aged House & Techno lover and hopefully make new friends with the generations who followed and missed out on these due to their years of unavailability.