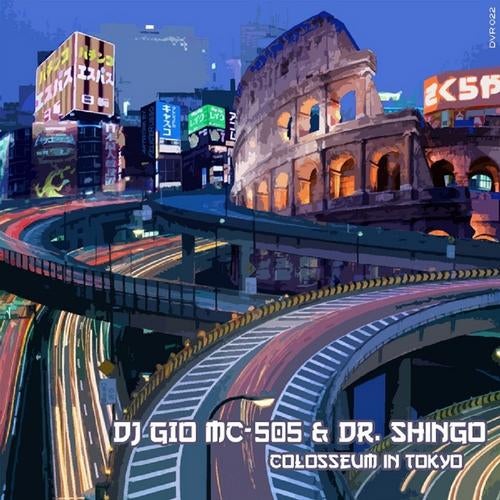 After the release of last year, Gaucho, Italian Producer Giosue Impellizzeri aka Dj Gio Mc 505 is back again, with a collaboration with Japanese artist Shingo Shibamoto aka Dr. Shingo , creating a jointventure beetween Italy and Japan, with the new release "Colosseum In Tokyo" "Colosseum In Tokyo" was conceived in 2004 as musical combination between Italy and Japan. The authors have combined their own styles for create a kind of Electronic Disco filtered into japanese and italian roots. The result sounds like a bubble full of melody/rhythms/vocoder, for an ideal trip to Tokyo or to Rome. The package includes also 6 remixes: every version help to translate the original italo-japanese combo into a most big sound spectrum. Gary Flanagan, Victor Delicato, Humandroid, Antoni Maiovvi, Kalson (his version is available also on vinyl and cd, on german label Dominance Electricity), Christian Gleinser: what is your favourite? Last, but not least, "Japanese Soul", a bonus track that sounds as a modern soundtrack for asian film.