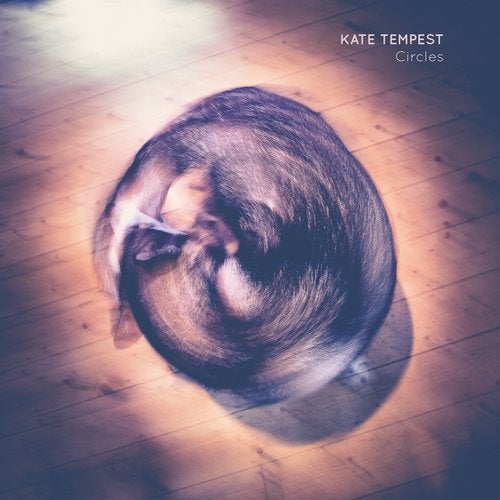 'Circles' is the third single from Kate Tempest's 'Everybody Down', which is being hailed from all quarters as a masterpiece; a beguiling record that rewards its listener in spades. The Guardian called the album "A stunning literary treatise," whilst Mojo said this "debut is one of the most unique, startling and powerful you'll hear." A narrative hip hop album -a modern-day London fable- that is enhanced and subverted by Dan Carey's sculpted production. No more so is that encapsulated than on 'Circles'!

Following on from the singles 'The Beigeness' and 'Lonely Daze', it is one of the few tracks that is outside the narrative of the album; both giving context to the story while drawing on the universal themes of love, loss, returning, regret and truth that the album explores. With its whirring, intense beats and Kate's lyrical turn of phrase and imagery being at their sharpest, it is one of the most exciting tunes on the record. Witness the gorgeous description in the opening verse "My heart's...Trying to start wars on the bus/ Dumb chunk of a muscle with its claws out/ Throwing its oars out the dinghy in the middle of a gale/ Making whirlpools the way I chase my tail." and be blown away. The Guardian claimed that live "Circles blossoms from paranoid playground chant to fully fledged club anthem."

The single will include remixes by Micachu and Mike Skinner, underlining how exhilarating this track is. It manages to be darkly atmospheric, joyful and redemptive, everyday and ephemeral, visceral and true - all at the same time.