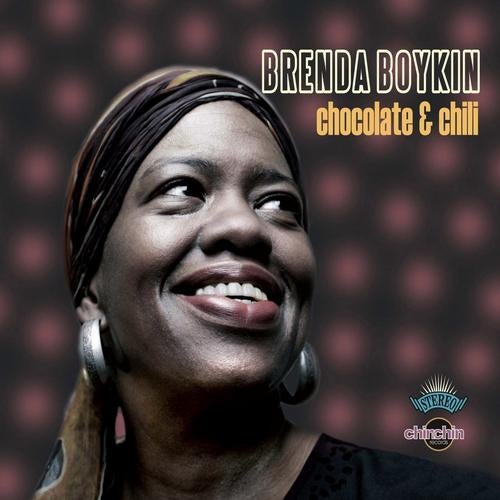 Multi-awarded Californian Jazz Lady Brenda Boykin (Bammy nomination 1997, Best Vocalist Award Monteux Jazz festival 2005) presents her 18th album "Chocolate & Chili". In contrast to Brenda's former albums Chocolate & Chili" has not been recorded and produced in The States, but without any exception in Europe, mainly in Germany, where she has had (and still has) huge success as the singer of Club des Belugas. Brenda Boykin presents 14 tracks, which she created and wrote with top musicians from the German and European NuJazz, Lounge & Electro scene. The composers and producers are: Gecko Turner, Club des Belugas, Moca, Jojo Effect, Bahama Soul Club, Detlef Hoeller and Bebo Best. Also trumpet player Reiner Winterschladen (Nighthawks) supports the album as a soloist. Even Skeewiff, Parov Stelar, Thomas Siffling and Rodrigo Sanchez have written tracks for this album, but with respect to the homogeneity of this album they have not been used. Perhaps we will find them on Brenda's next album. Solely the listing of these first class musicians makes it clear: this CD is above-average, there's not a single chink. The songs bewitch the audience with their swinging mixture of Jazz, Soul, Bossa Nova and Easy Listening, with excellent instrumentation and brilliant arrangements. Brenda Boykin is walking on the paths of Ella Fitzgerald and Nina Simone, sometimes whispering, sometimes scatting, sometimes having the Blues, sometimes singing with maximum power. Going from the first song to the soft ending Brenda presents a spectrum of variations, that it is pure pleasure. Nevertheless the album is homogeneously, a creation all on its own. It melts like a good chocolate with a kick of chili. The album "Chocolate & Chili" has been licensed in Europe by WARNER MUSIC for Poland, Czech Republic, Slovakia and Hungary, also in Japan and Korea. WARNER MUSIC has ready released the single Across the Stars".