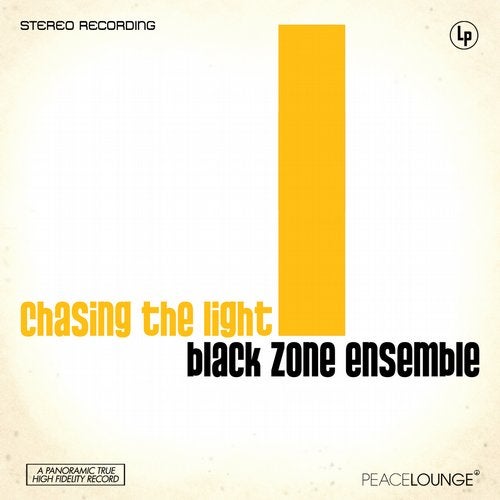 Some call it Lounge, House and "Nu Bossa", but what Black Zone Ensemble are really all about is something like the Electric Mambo Italiano, a laid-back vintage party sound for adults. BZE-Mastermind Daniele lives in Lecce on the southeastern Tip of Italy, on the heel of the boot that is Italy (on the map). Metaphorically speaking, one could say that he must have been spurring his keyboards a lot lately. How else could one explain the way in which the title track of his second album "Chasing The Light" stampedes ahead in a rolling cloud of dust, driven by a percussive Vintage Latin Groove which is 100%% dancefloor compatible. At least for those who are capable of dancing to music beyond the brutal 4/4 progressive House stomper. "Adult Clubbing" is the magic word here. However, not only generation 27up will get lucky about the jazzy uptempo Vibe of "Chasing The Light" and the other 12 tracks on the album. To name but a few: "Late Night In Bahia" hits similar note, with a lot of sexy swagger, yet as mild as an outdoor sunset party in Bahia Tropical. Just a few beats away, the beautiful Valentina Grande sings of "Na Hora Certa", Portuguese for "the right moment", and this moment is definitely here for Black Zone Ensemble. Compared to their debut album Life, Daniele and his co-musicians - first and foremost Mauro Tre on Rhodes, piano and guitars ¬- come across as even more versatile and virtuoso. Jazz is the teacher in this musical microcosm, where a laid back "Suburban Sunset" blends with an oriental "Elisir". The dreamy Vintage Japanesque Synthpop number "Haneda Airport 80" is strongly reminiscent of the legendary Yellow Magic Orchestra, and as if the pumping "afrodized" House Track "African Dreams" wasn't enough for the dancefloor, Daniele commissioned an Extended Club Mix from his esteemed artist and DJ collegue Danny Manetti. So all in all, satisfaction is guaranteed for 74 minutes of listening and dancing pleasure. Enjoy!