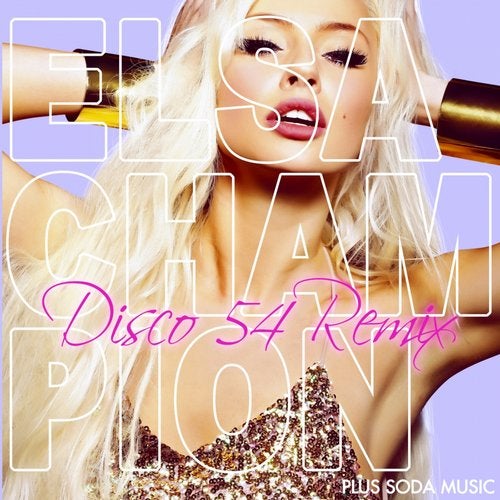 The sound of 1979 style New York Disco is back! - Showing the range of diversity from Plus Soda and its Artists, label head Sanny X gets to grips with Elsa's 'Champion' track, this time bringing a pure, authentic Disco flavour. Evoking the sounds and vibes from the legendary NYC nightlife and clubs, this new 'Disco 54' set of Disco mixes give the track a completely different, yet funky vibe.

And by luck again, the Chic style, funky guitar licks are provided by Plus Soda's very own guitar God, 'Funky Spacer' who not only played his six-string', but performed the beautiful bass guitar and piano elements as well. WIth these new Disco elements in place, and a 'Champion' themed vocal from songstress Elsa, Sanny X mixed and blended the magical parts to add further authenticity to the currently in-vogue Disco resurgence styled set.

Again, these new 'Disco 54' mixes contain the backing vocal support from LA based 'backing voice to the stars', LA based Jeanette Olson and as always, the mix package has received the golden hands (and ears) of Greg at Mutant Bit Mastering!