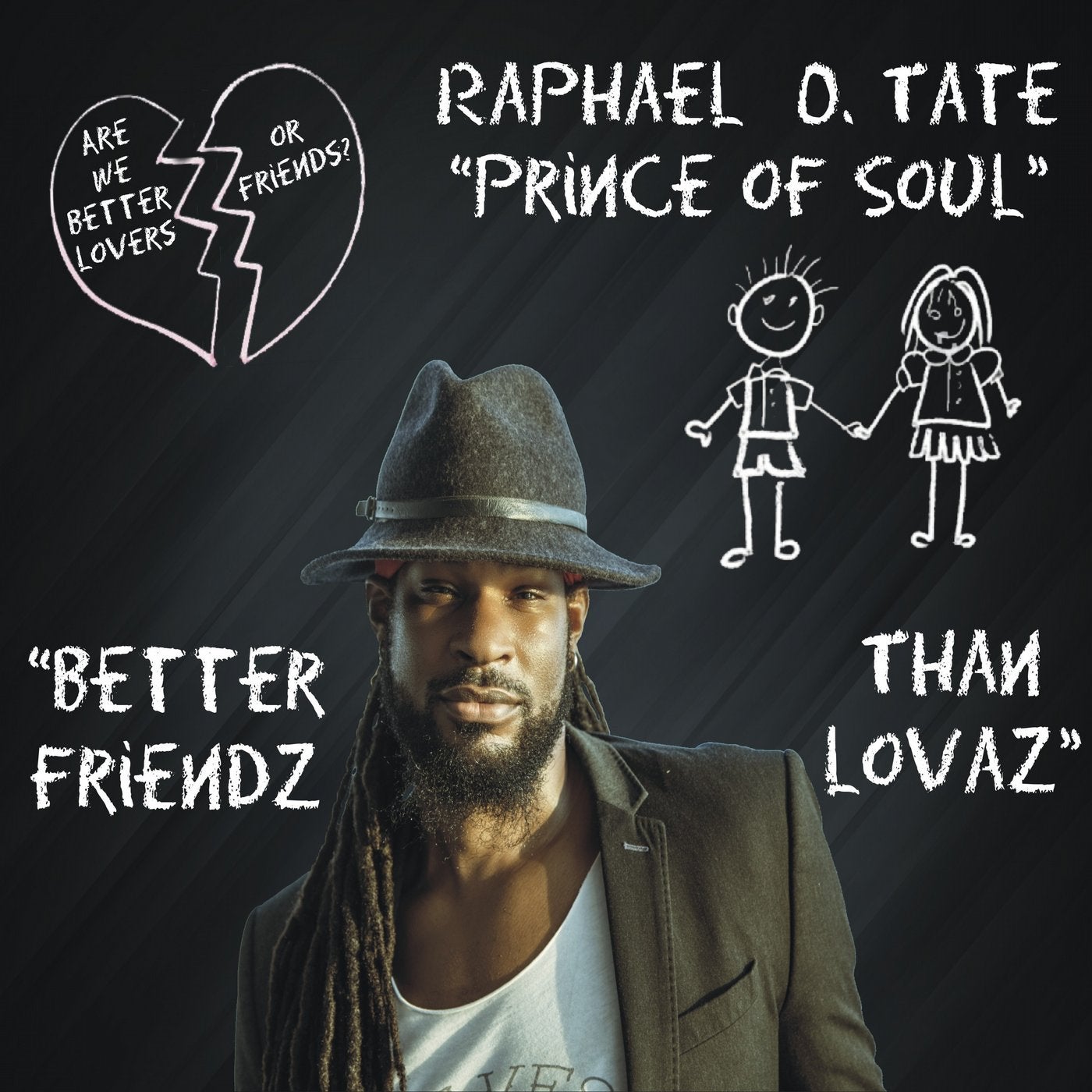 American Billboard charting singer/songwriter, Raphael Prince of soul Tate is now back with a new HOT and Sizzling record called "Better Friendz Than Lovaz"!!! As he competes with his own success of his globally charting records, such as; Remix "With Every Beat Of My Heart (Dave Aude, Joe Gauthreaux and Scotty Boy, Dan Thomas)", "Back To Your Heart(Dj Prodigio)" and Remix "Get Down Saturday night" (Dj Prodigio, Dan Thomas), Raphael teamed up with Grammy Nominated Bassists Oytun Erasn, lead Guitarist Davey Woodford and producer Dj Prodigio in order to give a funky but sexy spin on his new record. Raphael's vision for his composition was to simply have his listener on the dance floor, with a Dance Pop version and also a sexy Salsas Latin version. People will have no other choice but to feel the love, feel the passion and dance the night away to this record!!!