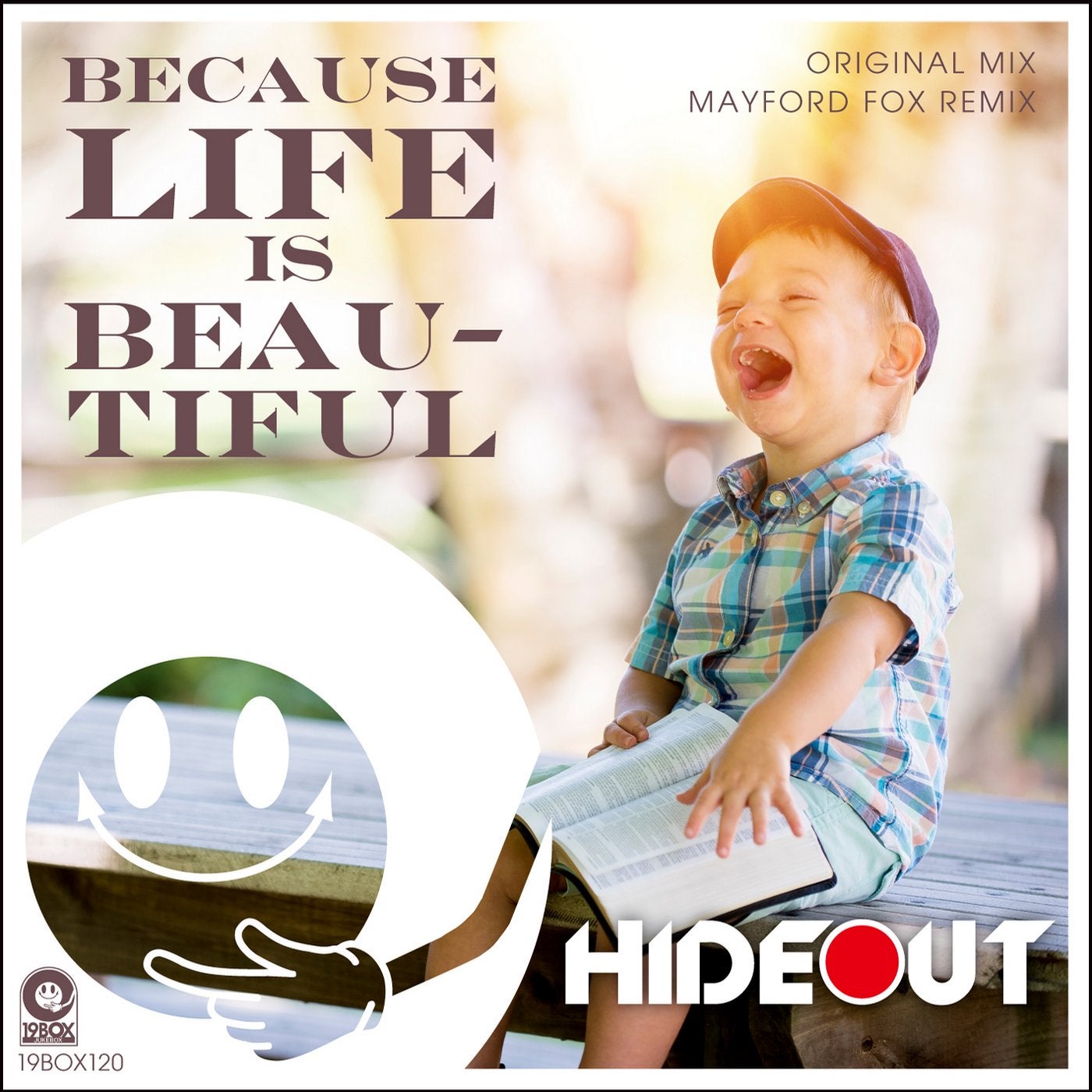 Hideout, who is frequently collaborated with DJ 19 as Hot Station, modestly describes his offering on 19BOX RECORDINGS as "organic sound". It's his way of capturing the character that emerged from what he calls a blend of oriental sound and new ideas. 'Because Life Is Beautiful' follows up the single release of 'Songbird', which covered smooth jazz classic by Kenny G. On remix duties, we're happy to welcome Mayford Fox to our ever growing family of artists. He was born in Italy in the remote village of Porto San Giorgio on the east coast in 1989. In 2011, he stayed in London where he attended the course of six months in electronic music production at SAE Institute, then moved back to Italy after couples of years around Europe. Mayford Fox uses some of the key work from the original, but against the intense backdrop he's staged, it's almost as if he's telling a completely different story with hypnotic grooves.

Because Life Is Beautiful