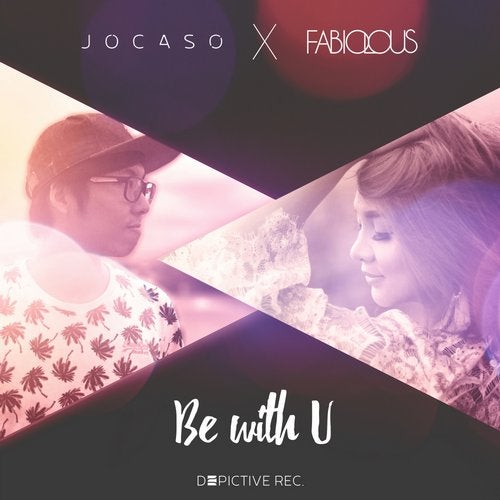 'Be With U' is a special EP for Jocaso because it is his debut as an electronic music producer. After completing his Audio Engineering study in Sydney, Australia, this sound-enthusiast came back to Indonesia and has been producing electronic music for his band, Soundbless, and now for his own music career.

Fabiola Van Elten was starting her music path not too long after she's done her 3 years vocal course at Elfa's Music School, Jakarta. She is also a session player, singing for many artists & orchestra as a backing vocal such as Rio Febrian, Project Pop, and Sandhy Sondoro and many more.

Her big 'crush' on deep house, soulful jazz, electric jazz and dance music was the first reason she started Fabiolous in early 2014. Transforming her favorite dance tracks into a live band performance.

Jocaso sent a track to Fabiolous, the collaboration progresses rapidly from that point. They met and recorded one track at studio where Jocaso went studying, SAE Institute Indonesia. Sequentially, the recording session continued to a second track, which what becomes the title of their debut EP called 'Be With U'.

Special thanks to DTX, Mvstekky and Ayu Purnamasari for the support and made this EP become reality.