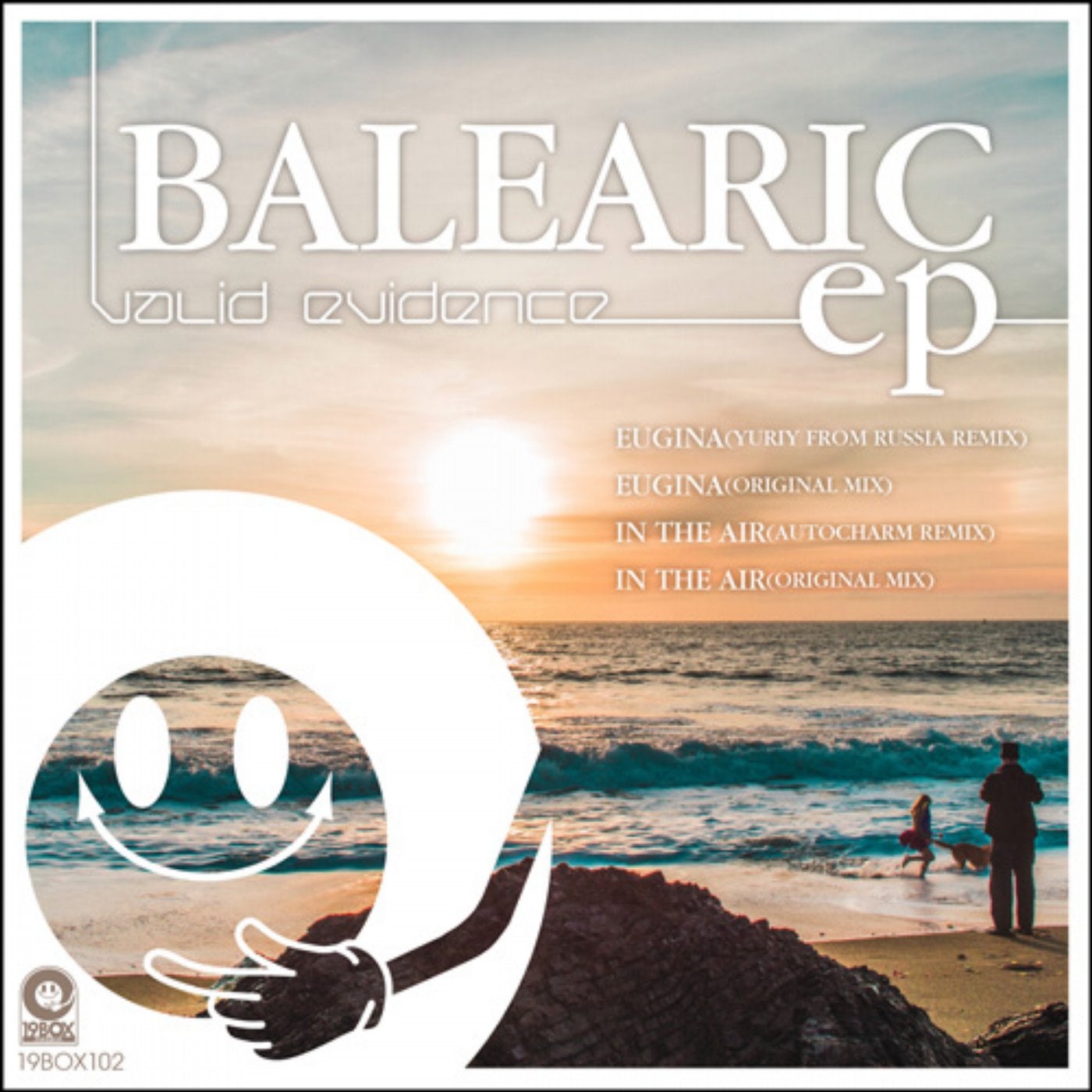 We welcome back Valid Evidence aka DJ 19 & Yu-Ta to 19BOX RECORDINGS. The Balearic outfit from Japan have delivered two tracks that appeal to 1990s music fans, after releasing their cover version of the Vangelis-penned 'Love Theme' from the movie "Blade Runner". For those of you who are familiar with 1990s progressive house, 'Eugina' is an epic Salt Tank track that was a dance hit in '96. Valid Evidence have covered it in a similar vein to Chicane, where they use their trade marked piano sound to powerful effect. 'In The Air' uses lyrical and sweeping pad sounds that tie into the early 90s Balaeric vibe of Ibiza and tracks like 'Floatation' by The Grid. As a result of this influence from the past and their continued effort toward the art of chilling, the EP has been aptly titled 'Balaeric EP'. Yuriy From Russia and AutoCharm have been hired on to attend to remix duties. Yuriy is a good friend of the label who has remixed Genuine Fakes' 'This Way I Like It' on 19BOX. He's also been staying busy releasing proggy tracks and remixes on labels such as BAROQUE, BONZAI, BALKAN CONNECTIONS, and SYSTEM RECORDINGS - just to name a few. AutoCharm from Glasgow, Scotland are the men of the moment for 19BOX. Together they've remixed Paul2Paul's 'Everything Is Down', DJ Motive's 'Find A Way' and P2H19's 'XTC'. Each remix have their own merits that we're sure you will appreciate!