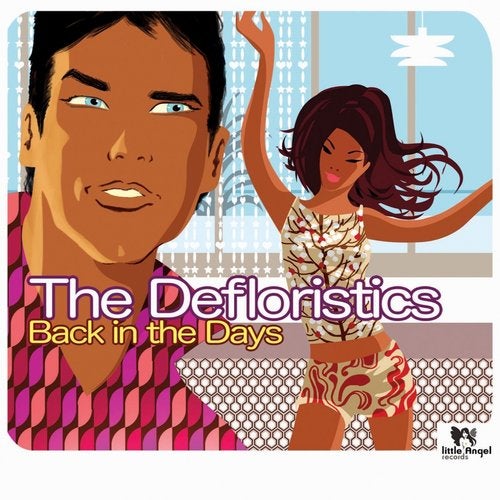 This is the 9th release on LITTLE ANGEL Records, Soulstar's sublabel for artists albums. After breathtaking releases by Island Groove, Desansis, Harley & Muscle (all from italy), Mondodeluxe (swiss), PC Synergy (USA) & Luv City (Japan), John Dahlback (Sweden) & Steal Vybe (New Jersey,US) the unstopable journey continues and this time we are heading towards the german north-sea coast to Bremerhaven. 'The Defloristics' deliver electronic jazzy breaks & soul music to the fullest. It is the project of the two producers Robert Hardt & Harry Zier, who are also known as Soul-O-Matic and worked together with artists like Chaka Khan, Keith Sweat, Roger Troutmann & Zapp at their production-company 'Candy-Station'. On their debut-album 'Back in the days' Robert & Harry followed their personal flavour and invited their favorite singers Donald McCollum, Alison Degbe & Willy Wonder two enlighten the tracks with their voices. 'Back in the days' contains 13 Songs. The journey begins with the title-song of the album, that will directly encourage you to dream if you use it right. It goes on with 'Nubian Queen'. 'Lost in Desire' features, aswell as the last song on this album, the voice of Alison Degbe, who has a long running musical relationship with the maestros from Defloristics and also her album in the pipeline. The songs number four and five on 'Back in the days' are featuring the voice of Willie Wonder. 'What's going on' and 'Givin up' is presented by the veteran Donald Mc Collum and on 'Bennet's Lullaby' the youth from the Hardt-family is representing. They used just little fragments of their vocals to bubble the atmosphere of their music and transform the open minded listeners into their own colourful world - just limited by their own fantasy. If you let the music use you and let it touch your souls, we are pretty optimistic that the world will be like 'back in the days' afterwards. You just got to believe!

Back In The Days