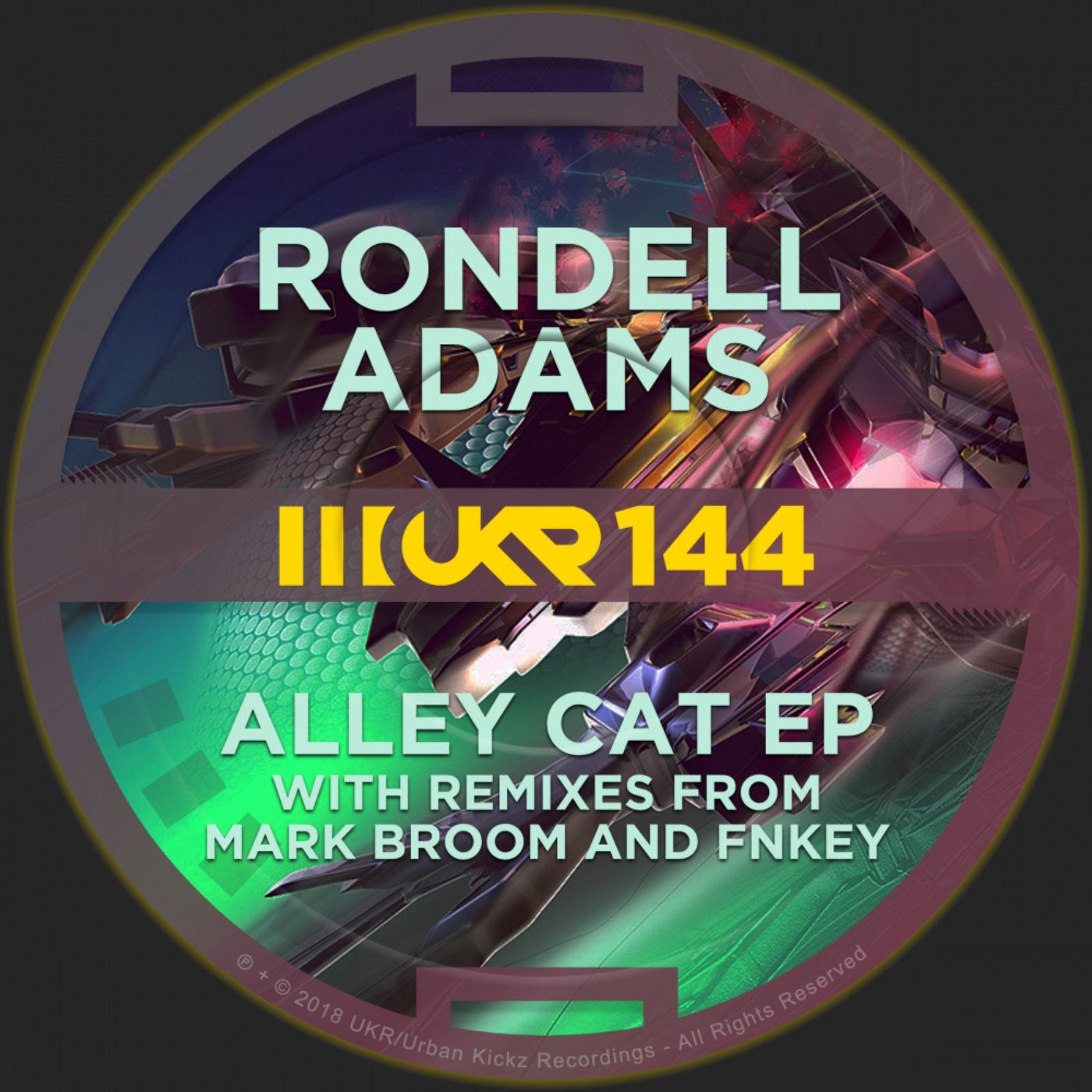 UKR brings you an extraordinary release of pure quality underground techno from the one and only Rondell Adams from Chicago. Titled 'Alley Cat EP', Rondell whips up a Windy City storm with three originals that jack, bend, tweak, and distort the past, present, and future. Filled with attitude, raw textures, and sublime moods, the three originals titled, 'Alley Cat', 'Combustion', and 'Synthezoids', along with a dark and ominous 'Gutta remix' of 'Alley Cat' by Rondell, are signature Rondell Adams productions and boldly stand out with their impeccably programmed drums, mind-melting synths, outlandish effects, and quirky filtered layering. We brought the big guns in for this release with a tight and powerful remix from UK's techno pioneer Mark Broom who is well known for his consistently large warehouse techno productions on his own Beardman imprint and for releases on legendary labels like Warp, R&S and Mo' Wax. Broom comes full throttle with a monstrous jacking affair that kicks things into overdrive with its thunderous kicks, fierce synth stabs, and undeniably aggressive tones. Continuing with the quality and in for the kill we bring you UKR favorite from Italy, Nurvous and Chicago Jaxxx Recordings artist fnKey, who delivers two outstanding over the top main room banging renditions of 'Alley Cat' that are sure to bring any party to the next level. FnKey's 'matrixbrute live remix' and 'fnKey x Buddhi remix' scorch the floor and then some...so beware of unworldly effects and wall shaking bass on these bad boys! It's with great pleasure that UKR presents to you all, Rondell Adam's 'Alley Cat EP', a testament not only to UKR's relentless pursuit of quality material but also a testament to the talent and dedication of those artists on this particular release to the techno nation.