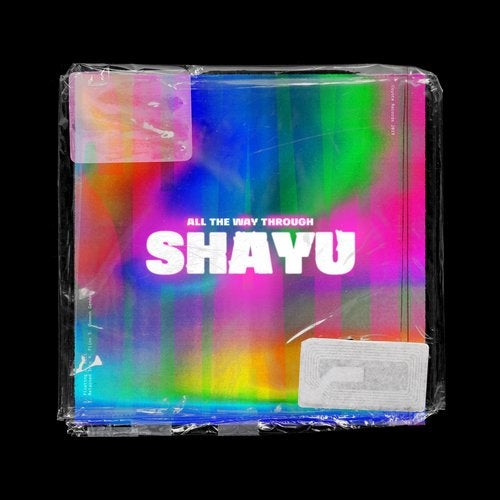 Based in Zurich, multi-disciplinary DJ, producer and audio-visual artist Shayu debuts on Coyote Records with new five-track EP project, 'All The Way Through'. Having released a shimmering debut EP ('Liang') through Swiss imprint Files Rec in 2018 and com-pleted a lengthy Asia tour earlier this year – she made her Boiler Room debut in Shenzhen along-side NAAFI's Lao and Nick Hook – Shayu first caught Coyote's attention after sending a series of bewitching demos in early 2019. Her music – intensely emotional and melodically complex – reaches new heights on 'All The Way Through', an ambitious new five-track record anchored firmly in the future. Emboldened by the use of her own, homemade modular synth sounds and inspired by a deep-set love of grime – Sha-yu originally layered both 'Floating' and 'Roti' with Capo Lee vocal acapellas – the record quickly evokes images of space-age cityscapes and neon-lit, faraway worlds. From the hyper-technical experimentalism of 'Flinx' to the cold, grimy snap of 'Roti', Shayu holds nothing back – as she did on a recent Coyote Records Rinse FM show, recorded live in London – marking her out as both a fearless producer and fierce selector.

All The Way Through