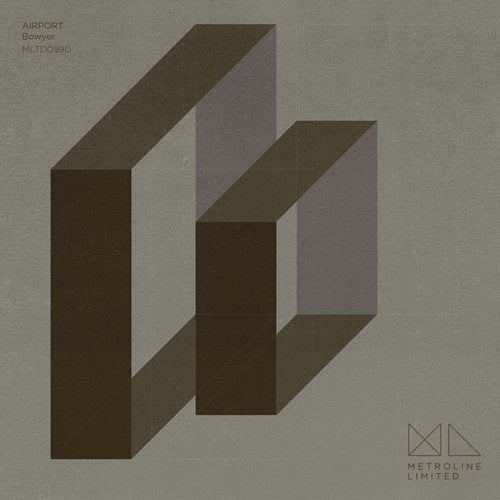 Metroline continue with their discovery of exciting new talent and they are very excited to welcome to the roster the up and coming UK producer Bowyer. Having been stuck in a 4x4 drum loop from a young age, Rory Bowyer has become increasingly passionate about house and techno, and the hypnotic powers of repetition. After years of experimenting across a wide span of different sounds, and being constantly on the search for new and unusual music, he found himself on the dance floor at Fabric, being educated by the incredible Ricardo Villalobos. Ever since then, Rory has been hooked on the intricacies of sound. As his new alias bowyer he uses a combination of broken up textures, immersive atmospheres, a chunky house groove with essential minimal framework, aiming to deliver his own flavor to the world of minimalistic house and techno. The opening track Ariport is perfect peak time material: jacking minimal groove, shuffled up crisp hats and some infectious mad synth line that pops in and out. Simple and ultra-effective. Relocate is a chunkier number but it also showcases Bowyer's ability in creating powerful jacking grooves. Lime's no-frills rhythm is carefully created with the use of off beat voices, big snares and crisp percussions. A modern house track, which will have you hypnotized at your local Sunday morning after party ;-) Metroline's own Phiorio steps up to the task or remixing Airport and he even delivers two different versions. The Terminal rework is a peak time summer builder with some intricate rolling percussive work while the Terminal 2 is trippy and sci-fi house number with stripped down original elements and the addition of a pulsating bass, vocals and spooky atmospheres.