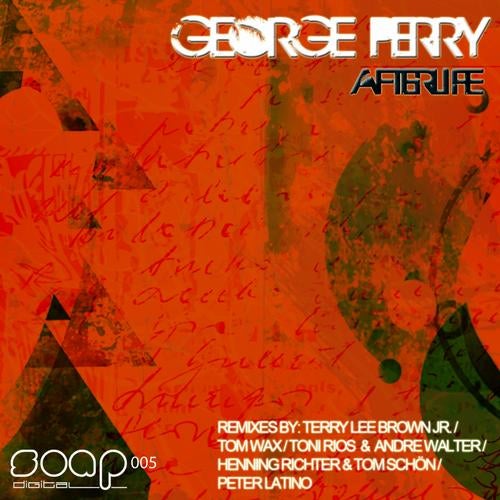 "Afterlife" is the long-awaited new track of the ambitious Frankfurter George Perry on soap records. The simpatico musical jack-of-all-trades combines a groovy beat with male vocals, which conveys a veritable memorable message. Played in club, it turns the dancefloor to an electronic dreamland. The Remix of Tom Wax is an impulsive piece of electronic dance music - the vocals are reduced and the focus is on "hands up in the air".

Label head Toni Rios takes the chance and contributes a remix in cooperation with his long time companion Andre Walter Hand. The result is a feel-good summer track, which also works in a club at the dark time of the year. The vocals almost been omitted and some string elements were added. The bottom line is a remix, which will be found in several playlists of different dj's.

Henning Richter & Tom Schon took the main theme for their remix and add a powerful note of excessive partying and so they create a rocking track with primetime character. The same did Peter Latino with his Remix and interpretation of "Afterlife". His Remix has more playful details. It focuses mainly the vocals so that the message is easy to memorize.

Terry Lee Brown Jr. combines in his remix the melody of the main theme with a proper portion of deepness and funky space sound. His track won't only appeal to his musical addicts of his mix series "Terry's Cafe"
.