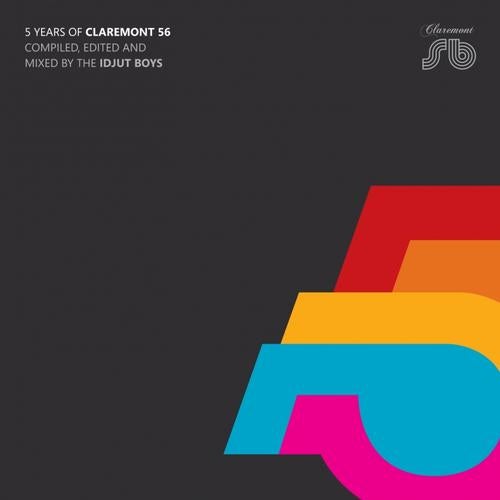 Claremont 56 have tapped UK duo Idjut Boys to compile their fifth anniversary compilation, due for release in June. In his 2010 Label of the Month (Resident Advisor) feature on Claremont 56, Andy Beta summed up their trademark sound thusly: "Almost every release of this British cottage label... imparts a distinct feeling of environment, of ease, of vacationing in beatific climes." Their already robust catalog includes a number of debuts from obscure groups and artists like Torn Sail, Almunia and Bison, plus numerous records from Holger Czukay, founding member of krautrock legends Can, and label head Paul Murphy (under the name Mudd). Though they've never put out a record on the label, Idjut Boys have long been close to Claremont 56: they have contributed remixes over the years, and released some of Mudd's early records on their own label, Noid. 5 Years of Claremont 56 shows them picking a few dozen of their favorite tracks from the imprint. They throw in seven exclusive productions as well, including a few of their own edits and a new song from Bison, a five-person ensemble featuring Mudd, Czukay and Salvatore Principato of '80s post-punk outfit Liquid Liquid. Disc three is a mix by Idjut Boys; the first two are unmixed.