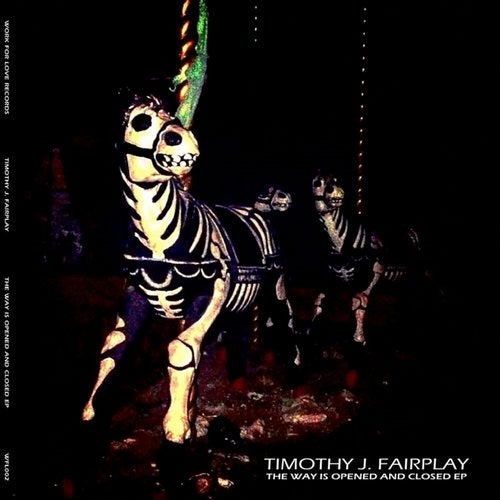 The Way is Opened and Closed EP

We've been huge fans of Tim's work since the release of his first self-titled EP on Astrolab. His analogue sound has been described as both 'Death Mulch' and 'Rare Gloom'. For his second Work For Love twelve, he continues the journey into dark spaces with four more deep synth freakers from his Fish Island School of Synthesis Studio.
After releases on esteemed labels including Emotional Response, World Unknown, Bird Scarer, Hoga Nord, Rotters Golf Club (as The Asphodells with Andrew Weatherall) and his own label 'Crimes of The Future' which he runs with Scott Fraser, his debut album 'Where is the Champion?' was released earlier in the year to critical acclaim. Tim will continue to push forward and we feel privileged to see him return for a WFL round two.