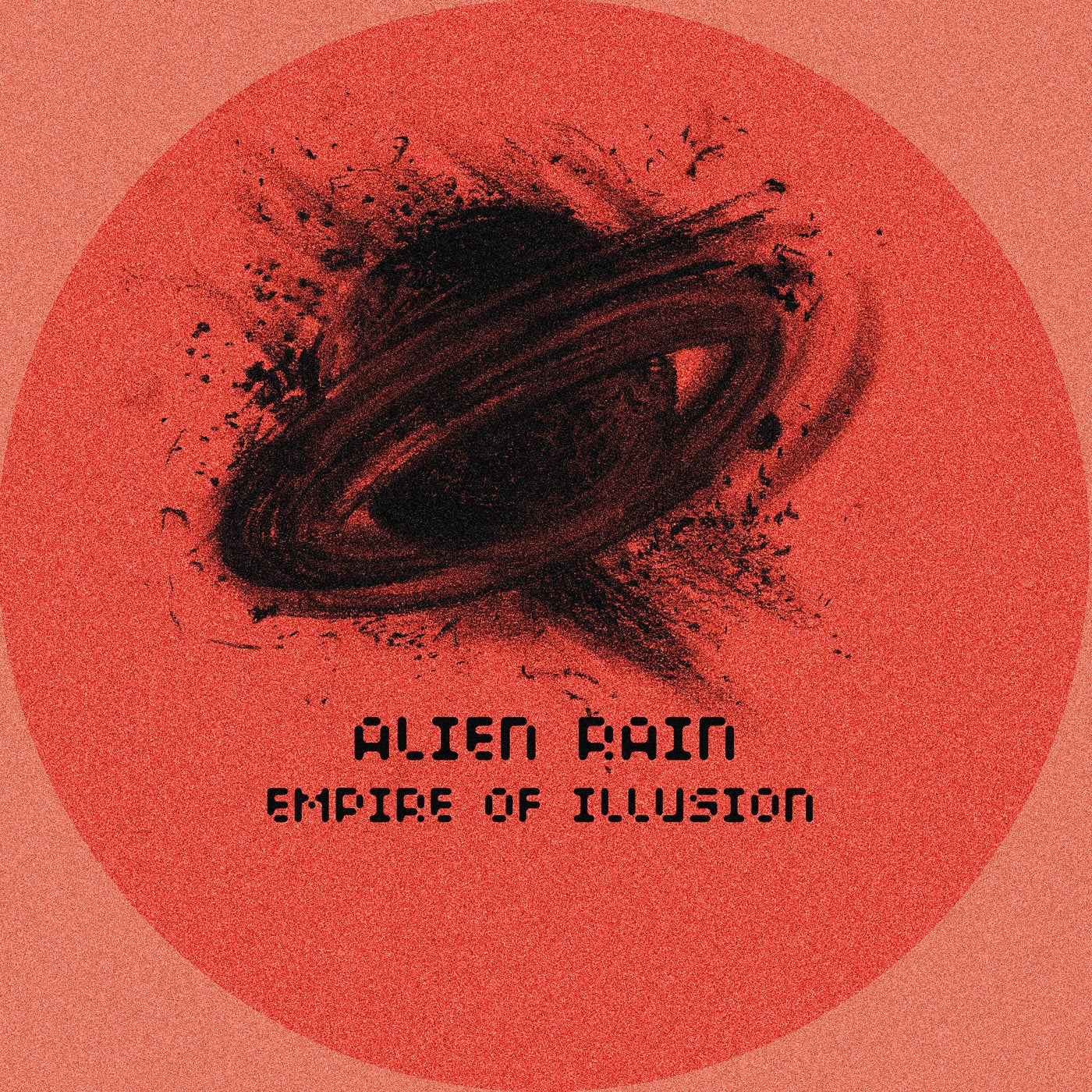 Ellen Alliens rough and raw techno outlet UFO returns with a familiar face. Alien Rain (AKA Milton Bradley) was responsible for UFO002, now hes back with four incendiary slices of mutoid funk, entitled the Empire Of Illusion EP. On Ellens fledgling label the focus is on uncompromising, underground sounds, powerful rhythms and transcendent energy. Alien Rain delivers all of that in abundance on this imposing EP.
We start with the title track, which possesses a snub-nosed kick and a voluminous hoover sound dominating the intro. An eerie melody creeps in, creating a mysterious atmosphere. The hoover maintains its ferocity as we encounter a steady build up of tension and drama, Alien Rain adopting a patient approach and keeping it intriguing throughout.
Then we have Numbers Station, a strange cut that merges warped vocal clips with classic rave stabs. Alien Rain really toys with the listener on this one, switching between moods and rhythms in an almost schizo- phrenic manner, as the vocal demands Attention... Attention.
Next up is Misery Business which gets straight to business with its slammin kicks. The classic 303 comes into play here, keeping the atmosphere highly charged. Ominous strings enter the fray, casting an emotive shadow over the breakdown before the madness ensues in the second half.
This is followed by Alien Tool 1, a simple yet deadly acidic roller which brims with intensity, bubbling under for a while, with occasional peaks that penetrate deep into your psyche. Strap yourself as it constantly threatens to reach boiling point and overflow with energy.