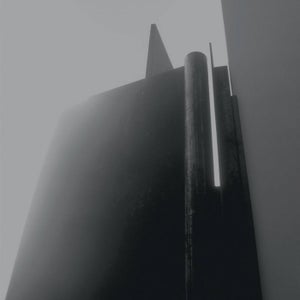 Planning the imminent arrival of the 50th release on Touchin Bass, label boss Andrea Parker was digging through the warehouse during a stock take and it became apparent that there was something missing. There was a gap in the catalogue numbers. Where was TB036? Searching the archives it transpired that, for one reason or another (not least Parkers inability to count), there actually wasnt one. So what better way to backfill this now documented gap than to welcome the multitalented guitarist and drummer, mathematician and multidisciplinary improviser Maria Gamboa Perez into the Touchin Bass fold with an updated focus for 2019.

Perez combines elements of rage, chaos, tension and anguish to form a visceral style. Her musical terrain and talent is shaped by dissonance and NO art. Under the moniker NonZero!, Perez brings Matrix Equation to the fore; a heavy 8 track EP with electro aesthetics from none other than Carl Finlow [Scarletron / Silicon Scally / Voice Stealer].

Beginning her artistic career as a teenager playing as a bassist and guitarist in groups with influences from Noise, Avant Garde and the No-Wave, Perez was introduced into several areas of electronic music during the club culture years in Madrid and opted for styles such as Electro or Industrial, at which point she began to be interested in the introduction of rhythm boxes together with traditional drums.

Her passion for sound synthesis and musical exploration led Perez to introduce electronics into a solo project under the pseudonym NonZero!. Under this name she aims to make electronic music her field of sound research and for years has been continuously searching for existing relationships between sound and mathematics, focusing on the perceptual limit between music and noise.

Matrix Equation indulges in an evidential brooding angst, shifting between abstraction and the kind of elevated introspection carefully harvested over the years. With dramatic frontage in parts, blasts of boisterous energy and machine mayhem, its deployment of surprise, shifting focus and spontaneity operate in an assured statement.
Splintered beats and a foreboding sense of tension give way to a more DJ friendly logic of instinctive introductions and codas of gradual builds and breakdowns as Finlow further reworks the results to great effect.

This strong and accomplished EP has rightly earned its place in the Touchin Bass catalogue but is also worthy of attention from outside of the usual territory.