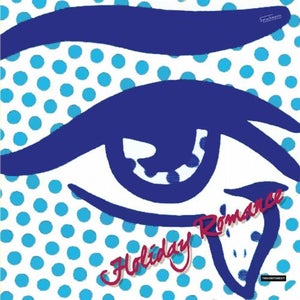 The summer's over. Your holidays are but a secondhand instagram memory. That girl you met in Ibiza that you danced with as the sun came up? It's over. She's forgotten about you. You will never see her again. She is the past. She's just a holiday romance. Relive those memories with these new Winter inspired remixes of Detachments most loved track HOLIDAY ROMANCE.

The first comes from European minimal techno star Florian Mendl. In addition to numerous collaborations with international artists he is busy with writing soundtracks for movies, advertising and producing remixes including Royksopp & Hot Chip. His productions have been released on labels such as Trapez, Stil vor Talent, EMI, Herzblut and Kling Klong. The 24 year old tours the world's top clubs and has over 27,000 Facebook fans and over 4,500 followers on Twitter.

The second comes from new producer Richard Richard fresh from his Garbure EP debut release on Plant Music. Taking cues from MK, Frankie Knuckles and the early 90s Murk sound Richard Richard takes the track on a slow bumping house refix complete with mournful piano breakdown. Imagine a time machine back to the Paradise Garage or The Loft and this is the middle of the night jam for the kids.

The third comes from Son Of Sam. After the track 'Nature Makes A Mistake' was resurrected by James Holden from a cassette tape from the 80s it was re-mastered, re-mixed by Ame and re-released by Running Back. Here they take Holiday Romance back to 1976 with a proto-disco inspiration taking cues from Giorgio Moroder and Cerrone.

The fourth comes from the mysterious producer Frenchbloke. After his The Normal / Severed Heads inspired basic version of Audio Video he again strips Holiday Romance back to basics. It's now less a song about a lost love on holiday, more a song about he's forgotten where he buried the body.

The fifth comes from Scotland's Wrong Island duo who after remixing Hot Chip and Sons And Daughters give the track a hi-nrg cowbell funk inspired version with a spiralling synth line.

The sixth and final mix comes from Aquiline who gives the track a pulsing synth heartbeat fed through a mournful piano line aiming the track right at the end of the night when the snow begins to fall.

Ewan Pearson - Rating: 4/5 Comments: The Florian Mendl mix is insane. Will take the roof several places I play clean off.