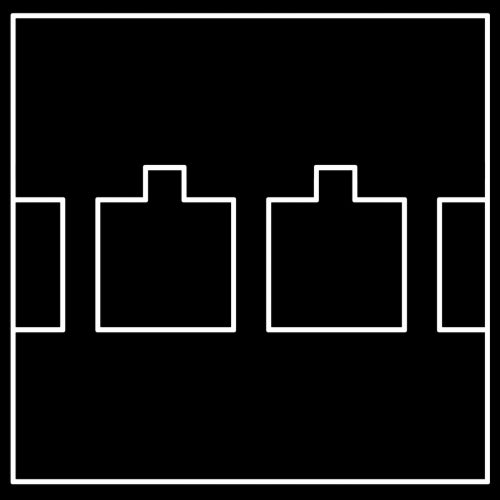 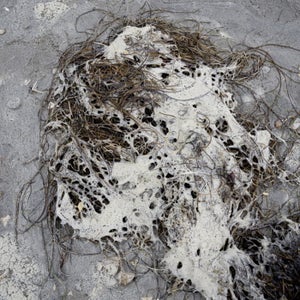 Snoopy is hard to follow up. The same brilliant musicality is lavished on Orange -- a combination of unmistakably original, skittering drum programming, startlingly fresh instrumental interjections, creepily invocatory voices, and dubwise treatments -- giddily imbued with the dark arts of ritual and seance. But Orange is more gripping, focussed and urgent, more intense and ambitious. Next level.
Its first quarter presents a trio of forays in suspense. Bassline squares up like an epic psych-funk grinder, with a moody guitar line traversed by ticking drum patterns and faint electric crackle. In no time the guitar is staggering and stammering under the duress of echo and distortion, and over-run with percussive electronics and the first of the voices massing in the music's head. The mood has quickly become more trepidatious. We're deeper underground; it's gloomier, wetter.Shred propulsively ratchets up the tension and menace. Glazily tentative xylophone is played against slashing, nervy cello. The voices are more strangulated and sick now. Flutes and chimes evoke the same kind of beautiful, contaminated efflorescence which is pictured on the LP's front cover.Voice Of The Spider makes easier progress across this cavernous, shadowy, dripping terrain, with funky pads and Nasty, eighties, No Wave electric bass; woozy chimes, non-plussed keys, singing-in-tongues.
Pink Mist marks an arrival, or unbottling, with annunciatory church-organ and choral voices from the off, and a newly relaxed, head-nodding kosmische rhythm.
Mandarin is a short, beat-less and voice-free interlude for piano and bass. It's reflective and nostalgic, ambivalent and inconclusive, with a lovely snatch of melody. A bridge half-way.
Would You Like A Vampire is a triumphant, mesmerizing go at New Folk, with strummed acoustic guitar, descant song, and jazzily restless drum programming (including a tasty bass-bin trembler). Amazingly, Conrad Standish is joined at the mic by none other than Bridget St John. Together they sing 'Earth is Paradise' so repeatedly and tremulously -- and the song is cut off so abruptly at the end -- it seems as if the verb is teetering on the past tense, and hymn fading into valediction and catastrophe.
Similarly Storm Rips Banana Tree begins idyllically enough, with a CS-&-Kreme-style raga... before something like an immense, obliterative drill starts up. Harpsichord and organ -- by James Rushford -- and flutes, and clapping, distant chanting and insectile percussion steadily leaven the dread, till finally all that is left is lapping water. It's an epic, deeply immersive, compelling, thought-provoking, twenty-minute finale... the coup de grace.