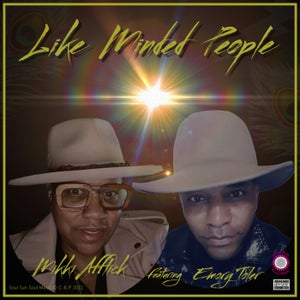 Mikki Afflick teams up again with Emory Toler, their first jam together, 'Destination of Life', was a smash. This time they are bringing you some dance floor heat with 'Like Minded People'. There is a message in the music, 'surround yourself with people who think like you, don't be discouraged by those who don't have a clue'. Mikki wanted to add some extra vamp in the mix so the crowd could join in. It was featured at The Shelter 29th anniversary party in New York City is getting support from top international DJ's.