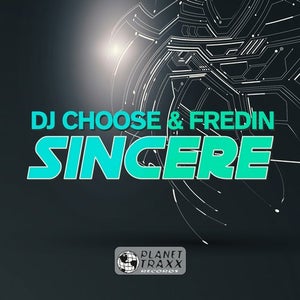 DJ Choose strikes again, this time with his partner in crime Rasmus Fredin.
They create with "Sincere" another progressive melodic milestone !


Biography DJ Choose>
Dj Choose started dj´ing at the age of 16 in a small local club in Denmark. He has always been influenced and inspired by electronic music and dj´ing was therefore only a natural thing for him to do.

His preferred style of electronic music has varied a bit throughout the years, but Dj Choose has always been a big fan of banging tunes.Dj Choose started to produce music in 1993. Since then he has released several records on many different labels all over the world.After the big success of the single "release me" which was released in 2003, Dj Choose has gained much respect in the club community.The single was supported by several top dj´s such as Dj Tiesto, Judge Jules, Ferry Corsten, Dave Pearce, Eddie Halliwell, Armin van Buuren, Johan Gielen, Marcel Woods and Marco V, to name just a few.Dj Choose has remixed for popular artists and wellknown acts such as Mason, Lost Witness, Tomcraft, Hemstock & Jennings, Dj Aligator, Cj Stone & Milo, David Forbes, Safri Duo, DuMonde & Judge Jules, Who da Funk, Public Domain, Phillipe B & Todd Terry and many more.
His work also include remixes and productions for major labels such as Ministry of Sound, Universal Music, ID&T, Incentive, Nukleuz, Drizzly, Disco:Wax, Subliminal, Media records and many more.Dj Choose also runs his own two labels, Choose Choones and Chew the Club recordings.Dj Choose has performed in several clubs and at many different venues all over the world.For those of you who missed out, he always puts a big effort into creating a massive atmosphere whereever he performs and he is definitely always worth an experience. Its guarenteed that you will always see a most energetic Dj Choose in the dj booth.All this has made Dj Choose a very popular dj in many countries all over the world and one of the most respected djs in Denmark.