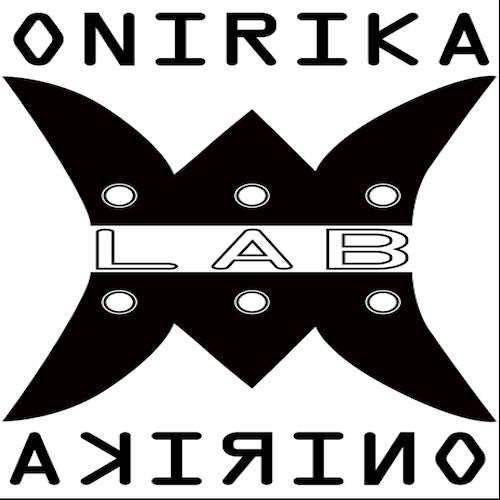 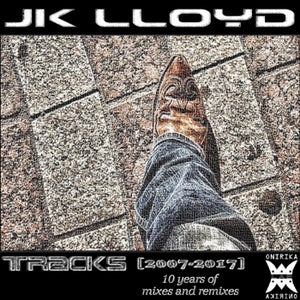 Jk Lloyd is one of the alias of Giancarlo Loi, Italian producer of Dance / Electronic / Trance / Dream Music from 1989, creator of Onirika and Onirikalab.
Born in Cagliari, Sardinia (Sardegna) Italy, 17 of November 1968. Jk Lloyd is producer, arranger, sound engineer, musician. He produced and performed one of the first "Dream music" track (titled Pyramid with alias "WP Alex Remark"), in 1995, followed by a lot of successful tracks, sells worldwide. He is also one of the first "Live performer" of Trance music, from '90 he played with sampling keyboards and computers around the world, instead of classical vinil play, he plays the music live with sinths and samplers, all in real time.


When he was 6 asks to his father to buy him a piano and a telescope, so he starts to play music watching the sky.

He started working at a private radio as Dj when he was 11 years old.

Passionate about music since childhood started listening to Jean Michel Jarre (of which he made a remix of a track from his album Electronica 2), Vangelis, Depeche mode, Frankie goes to hollywood, Genesis, Talk Talk, Dire straits, Roxy music, Brian Eno, David Bowie, Prince, Michael Jackson, The cure, Qeen, Rod Stewart, Abba, Rolling stones, John Lennon, Giorgio Moroder, Donna Summer, Blondie, Pink floyd, and most of all that the music industry proposed and much classical music. He started collecting vinyl and create my music when he was 12.

(you can listen to some gigs on my mixcloud or download Onirikalab iTunes podcast), and in 1990 he starts to play live in Milan where produced his first track.

After making some experimental tracks that he did live at Rolling Stone in Milan, (Photophobia, Submarine, Titanic, You will be mine, My Love, Lochness, Space Kaddozza, Hardbeat, Over Me, produced by a record company close to Milano where he worked with U2's sound engineer John Grimes), he focused on the genre that he liked the most: Classical music with dance beats. After spending more than a year looking for a record company that believed in his project, finally in September of 1995 he produced Pyramid with the alias Alex Remark, Onirika E.P. and Divina commedia with the aliases of Jk Lloyd - Valoy, and a remix of "Return to russia" of Kitaro with the alias "Traveller". These four projects have opened up the market to the music genre called "Dream", which have been part also Robert Miles (Children) and DJ Dado (X-files). In December of 1995 I created my record label he called Onirika in which he produced tracks that have been successful and have become points of reference for trance music in Europe. The Event, Human Trip, Faith, Pyramids of Giza, Marines, WhiteWorld ( followed by the homonymous WhiteWorld compilation), Nephertity, Stelle, Legenda, Virus, Space 900. The Met-r, The Event Rmx, Faith Rmx, It's dangerous, The event feat Idha, Ozymandias, Opus II. At the same time a lot of productions under the others Onirikalab's sub labels which Secrets, Orbits to moon, Realta virtuale compilation, The Sound of Sys, Anastasis, Red Side, and all tracks published on excalibur Label, that is one of the sublabels of onirikalab. few compilations called Pura dream and Pura progressive, Progressive alarm, Christmas Dream, Jk Lloyd also appear in many compilations.
With the arrival of digital stores the label changed its name to Onirikalab (you can have a look to Onirikalab's youtube channell). Onirikalab also includes other labels in which they were produced and published songs of different genres, from techno to chill out, keeping hand just inside onirikalab the genre Dream and experimental. After the success of Pyramid, the second single from Alex remark, Nephertity has been quite successful.
Many are the musical collaborations, live gigs and remix produced and many are the compilations in which the tracks have been placed in the following years.

These are the links to the discography with the pseudonyms and its productions Jk Lloyd, Giancarlo Loi and all other aliases: 007 (8), Alex Floor, Alex Remark, Astronid, Efyx, Fluid (10), Generator (8), Gravity Of Force, Gravity One, I.D.H.A., Impero, JK Lloyd, Metrical, Metronomikal, Onirika, Parallel X, Right Locator,Subterranea Industry, The Creators (2), Traveller (5), Valoy, Valoy Family Groove, W. P. Alex Remark, White World
In 2004, after the crisis hit the music record industry he started to produce the double album H.o.D. (History of dream) which was published in August of 2006. The project included 10 tracks and 10 original tracks in instrumental version without rhythm, so chill out. In September of 2006 the album and some tracks came in first place in itunes chart and History of dream in the third position of selling chart in Italy.

In 2007 he produced This Love, with the voice of Fiona Stein. In the first week it reached number one on iTunes chart and the highest new entry in Italy at position 17. In 2009 he made the album Hope and Faith and in 2009 I he produced the album Moai.
In recent years he continued to experiment and produce different albums and singles, of which you can listen to the discography published below. Among the latest tracks produced, in 2015 he made the remix of the song "Grand Central" from the soundtrack of "K Pax" movie with Kevin spacey and Jeff Bridges. Among those albums he produced singles and remixes like: Stratosphere remix (as Steve Dexert alias), Downloadin' your love remix, Invisible, Klessidra, Orbs, Minimal World, The 7th secret, Asela Iah, Night in Kilburn, Sinthesis, The persuader's theme Rmx, Extasy (October symphony Rmx), X-press, Tunnel, The dump, Rhumba, Get the duck out of here, Bass line remix, Paranor, It's dangerous, Ready to party, Excalibur, Das Noize 2001, The begin, Sound of subterranea, Jhopolaris remix, Limits remix, Television remix, Strategy remix, 1958 remix ( interfont) I love remix, Ohm Remix, Cybernetic Voyager Remix, Skunno E.P., You and Me (dream Remix), Metronomikal (Drum 'n Bass project).
One of the last gig that he did was a mix of audio and video.