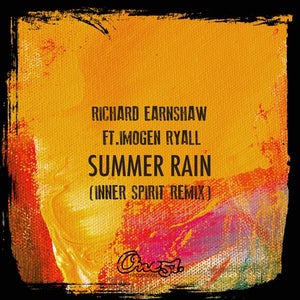 Originally released in 2006, 'Summer Rain' receives the remix treatment from Earnshaw's 'Inner Spirit'. Under this deeper, more percussive and increasingly popular moniker, Earnshaw's attention to detail is complemented perfectly by Imogen's vocal delivery of a song which contemplates more than it's title suggests.

ON BEHALF OF EVERYONE INVOLVED, THE WRITERS, PRODUCERS, REMIXERS AND PERFORMERS....THANK YOU IN ADVANCE FOR YOUR SUPPORT... Team One51