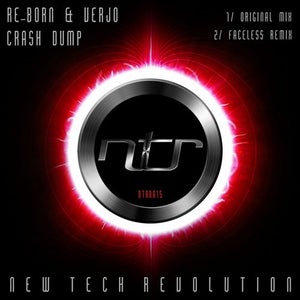 Here for the next instalment in the NTR RED series we have fast-rising stars from Russia,
RE-BORN & VERJO!

These guys have really been catching eyes of late in the hard scene and have already had some extremely strong releases over the past few years.

CRASH DUMP is in our opinion their best release to date as it epitomises their crazy tech dance style with full on percussion and a crazy synth lead!

On remix duty we have NTR regular, FACELESS!

Josh has appeared on NTR numerous times now, but this is the first remix he has ever done for us.

He has stuck with what he knows best but putting his self-titled "INSANE" style twist on things! With massive kicks, twisted synths and driving percussion there is something for everyone in this release!