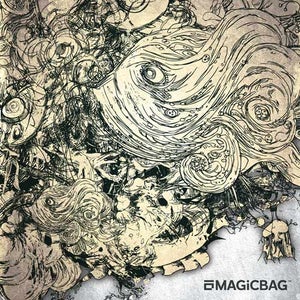 Meet Me At Teufelsberg

Alone In Berlin is slow burning house music, deep and dubby and ever so soothing. Described by the man himself as a "chugging dub scape" that faultlessly sums up the ebb and flow of this track, distinguishing the spaced out quality and sumptuous dubbed out grooves and an infectious chugging bassline. This also sets the tone for the epic, sprawling journey of the whole EP.The eccentrically named Crosseyed and Painless sets you on a different plane. Building up from a kick drum, echoing stabs and dubby bass, it slowly evolves into swirls of uplifting house rhythms that dispel the dark into light. Upping the tempo, Jigsaw has a more techno driven euphoric edge but darker elements seep in, underlaying the track with deep squelchy bass sounds that balance the spellbound mood. Eidolon continues the epic techno vibe and introduces a rippling female vocal making this a complete package for any after-hours session.Youandewan AKA Ewan Smith was born on the skirts of Granite City, at the outer reaches of Scotland. This remote and often grey environment didnt give much in the way of nightlife but despite that Youandewan developed a dexterous love for music. He soon fled to the techno hub of the North, Leeds, and set about carving his own take on the trend, rapidly making his mark on the scene through releasing on local and European labels. His subsequent release on Magicbag, Sub-Rosa, featuring a remix for dOP further affirmed his worth as a producer. The track Movin was picked up by Marco Carola for inclusion on his Cocoon Party Animals compilation. Ewan now holds residency at Leeds legendary Mint Club. At 22 years old this success put together truly belies his age.