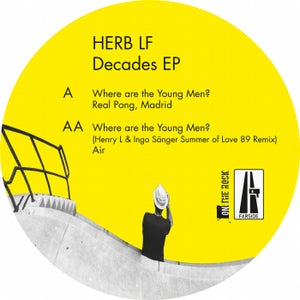 After quite a while of silence, we cant imagine a better artist to celebrate the Farside Records relaunch than the one and only Herb LF. Both of his EPs "Sunliner" and "Fruchtalarm" were the biggest releases on Farside to date. Always with a dope groove & big basslines, Herb LF tunes have always been influential and musically a few steps ahead. Herb LF solo or him being part of the projects Westpark Unit, Gush Collective, Discoshit & more, there are way too much releases to mention in the last two decades. His knowledge & production skills also made him to one of the most sought after Mastering engineers. Freude Am Tanzen, Frank Music, Musik Krause, Quartet Series, Troubled Kids and lots more labels & artists like the xtra-dope final touch in their music, carefully mastered by Herb LF in his Duesseldorf based Nordstadt FM studio.