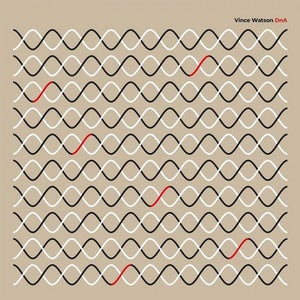 Following 2 teaser EP's in April and June this year, Vince Watson finally releases `DnA', an almost 20 track album project focusing purely on Detroit Techno and House and what might be his biggest and best album to date.

Coming on his own Everysoul Audio label, Vince's 12th album has been years in the making and see's him go directly back to his Detroit roots. Make no mistake this is a monster!

It was being requested to remake Rhythim Is Rhythim's `Icon' and `Kao-tic Harmony' by Derrick May himself in 2015 that greatly inspired Vince to begin writing new original Detroit material and was the catalyst for `DnA's inception.

The album is a dedication and reflection of the three waves of Detroit Techno that inspired a generation and countless electronic producers around the globe. Watson wanted to honour this in the music as closely as possible. Hints of Derrick May, Carl Craig, Mad Mike, Juan Atkins, Kenny Larkin, Stacey Pullen and Dan Curtin can all be heard influencing across the album.

Featuring a selection of sketchy hi tech soul, lushest pads and string sequences, jazzy 909 hi-hat workouts, raw 808 electro and filtering Chez Damier styled house tracks all brought together with a succession of short variations and instrumental snippets from the albums best moments contribute to a vision of what the past thought the future should be.

Watson's association with Detroit Techno runs deep with some of its original innovators. Not many artists outside of Motor City can say they have had 5 releases on Planet E, Transmat and 430West while he has also remixed Carl Craig, Derrick May and Octave One. With this in mind, 'DnA' suddenly feels like a natural (re)evolution.

`DnA' will be released on Vinyl as well as Digital. The wax version of the album sees 8 of the tracks taken from the digital album, while other's featured on the vinyl EP's earlier this year. The digital version of the album comes in its original intended running order as a complete package and is only available as an 18 track double length album featuring some exclusive tracks not available elsewhere.