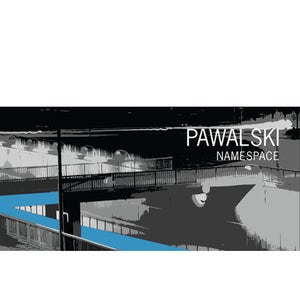 "Pawalski is Patrik Wallström - a man living and breathing computers or rather the code that make them come alive. He started out making music in the computer's infancy back when the music production weapon of choice was the now legendary Commodore 64 personal computer or simply put the C64. That also makes him one of many artists living today originally inspired by the peculiar sound of the machine, the actual manipulations of it and the realisation that limitations most definitely can spawn creativity.
Now some two decades later when the hardware and software restrictions are fewer the time has come for the first official release: the album ""Namespace"" an minimal electro and electronic delight displaying Pawalski's outstanding production techniques in a total of 11 tracks. The album is a part of the new album series on Electronic Desert Recordings that will feature high-quality electronics from Scandinavia and beyond.