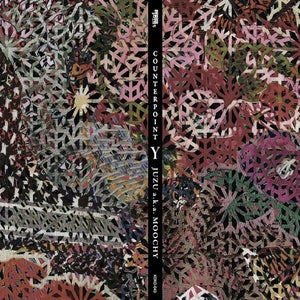 After a long sojourn, a true Asiatic, aural nomad and supremely passionate, musical alchemist, Tokyo-based producer/ DJ, owner of the label, Crosspoint, Moochy a.k.a. J.A.K.A.M., has arisen once again, with quite a unique project for 2015 entitled, Counterpoint. Last year, from the beginning of January through to September, on the 11th day of each month, Crosspoint released J.A.K.A.M.'s new music on vinyl with the help of Toyokasei, the Japanese vinyl pressing plant. And now, to help close this mighty chapter of J.A.K.A.M.'s special project, Counterpoint, Crosspoint has compiled all the tracks that were released on vinyl into 2 separate albums, entitled, Counterpoint X and Counterpoint Y. Since releasing his last album, Re:Momentos "Movements" 4 years ago, J.A.K.A.M. has traveled the world, to a wide range of regions across the world such as the Middle East, Latin America and the African continents, absorbing as much of the esoteric vibes in each culture and heritage as possible, collaborating with many of the local musicians. This new project, Counterpoint is the fruits of his eclectic musical journey. Each tracks included in these albums are J.A.K.A.M.'s postcards from the edge, enthralled in potent sonic stimulus and messages, aimed at penetrating the deep consciousness. In Counterpoint, J.A.K.A.M. delivers his unique take on a new tangent, a genuine fusion of "counter point" musical integration that intertwines the diverse cultures with his Far-Eastern heritage and his own ever-evolving, refined, signature musical philosophy. Connecting the dots as only he can, this project tries to place a new "counter point", a new point of reference where a genuine evolutionary, creative energy reigns supreme.