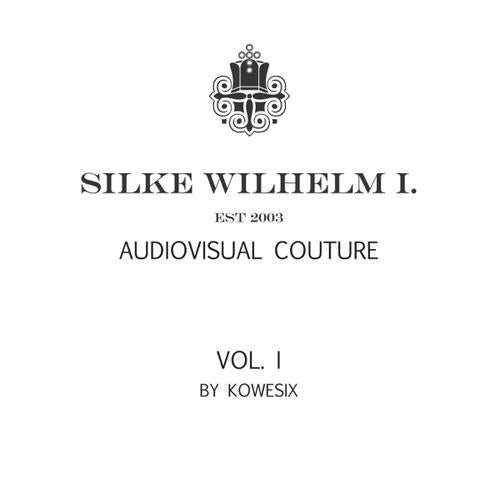 Popbitch sent out a link the other day to a video from the Washington Post of Christopher Walken cooking chicken with pears. Nobody’s tied to a chair, but you might as well be. This is one of those stunningly intimate scenes guaranteed to knock you off balance and ensnare your devout attention in one fell swoop. Which brings us to Mr Kowalski’s kitchen. Away from the battlefield of the dancefloor, armour cast aside, DJ koweSix is a very different beast.
Audiovisual Couture Volumes are a personal collection of musical reflections in two parts, ranging from the acoustic carresses of Elliot Smith to the silver screen splendour of The Cinematic Orchestra, from the husky tones of Husky Rescue to the subtle whispers of Aeroplane, not forgetting koweSix’s very own bespoke tailoring, bearing the Moonbootica insignia stitched to the inside pocket. Yet even the Moonbootica cuts here reveal them in conciliatory mood.

Whilst Kowalski energized the denizens of darkened discotheques, a brilliant young couturier crossed his path in Hamburg - Silke Wilhelm, no stranger to mercurial risings herself. Self-styled urban couture designer Silke Wilhelm I. and cooler than thou koweSix teamed up to conceptualize her Paris Fashion Week show and, recognizing a zeitgeist spirit similar to her own, Silke sought his input as she turned her attention to creating the fragrances which would complement her garments. Stepping outside the comfort zone of his musical expertise, Kowe was not only instrumental in divining the actual composition of the fragrance for men, he also lent his visage to the public image campaign for Embrace, as the product was christened. Silke, meanwhile, graces the poster art for the female fragrance, Lucent. The designer and the DJ, heavenly scents and seductive sounds. An unconventional approach to alchemy, perhaps, but perfectly in tune with Silke Wilhelm’s creative philosophy:

“I live, I observe and discover. It is a mood, a passion, a need that floats in the air and gives me the "kick". From then on, a film plays in my head...I grasp the emotion, I immerse myself in it completely.”

Having served an apprenticeship under Vivienne Westwood, Silke Wilhelm was discovered as an emerging talent by MTV Designerama in 2003, the year she created the Silke Wilhem I brand. She has since taken part in the prestigious Milan and Paris fashion weeks. The Silke Wilhelm portfolio embraces fashion, perfume, music, vision & design, moving beyond the traditional linear confines of any one genre. These bold aspirations have now been distilled in two delectably packaged mix albums, representing audiovisual urban couture as defined by koweSix and Silke Wilhelm. Each one crafted in the image of the Eau de Parfum bearing its name. If SW’s first perfume, Lucent, radiates with perspicuity, then Embrace is inspired by the complex, yet ultimately harmonious, nature of koweSix’s art. Each of the CDs is presented in a sleek, state of the art, luxury box and comes with samples of the two fragrances, carefully folded into silk cloth and sealed to capture their essence.