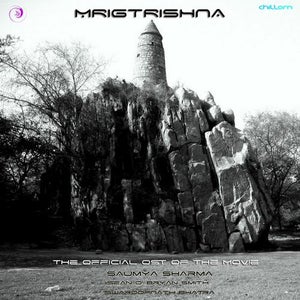 A reflection on the deconstruction and degeneration of the essence of 'Creation', seen in and as the three major reservoirs of its cosmic binding energy, that is, Nature, Art & Religion. The film showcases the neglect of mother-nature via commercialization of Art and Religion as well as social segmentation. The core emotion of the film lies in the saying, "Vasudhaiva Kutumbakam", meaning 'The earth is one family' and emphasizes in a direct & indirect way on its fission over various era of civilization. The director, a Naturalist in belief found the inspiration to make this film in a quote by the Greek philosopher, Democritus,
"Nothing exists except atoms and empty space; everything else is an opinion."
The documentary an experimental essay film is a composition of thoughts, visuals, sounds captured in about twenty five locations. The narrative which is purposely done in Hindi is a souvenir of director's personal expression for the entire 'Creation'. Nondescript movement among locations and lack of character-based narrative is derived from the juxtaposition of narrative and image.
The film strives to promote various forms of Art & Craft compassing on the fact that this is the only medium which can keep intact the relation of humanity with Creation however the nudity of its commerce has perhaps made its naivety defragmented. The film also defames the loss of harmony which was once the root cause of formulation of religion in society.
The film will leave us with a mentation that the ultimate controller of this Creation is the binding energy between the various beings or their units. The ultimate solution to prevent the degeneration of 'Creation' is preservation of its three major elements, Nature, Art & Religion which will save us from the dystopia of this barrenness, already crossing the bar of its nascent imagery.
Chill Om Ambient now releases the official Original Soundtrack of the Critically Acclaimed Movie.