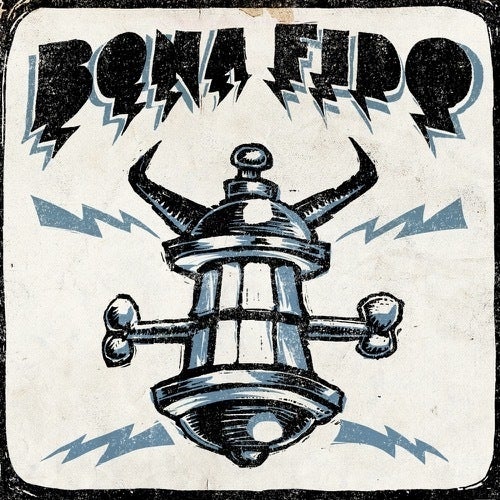 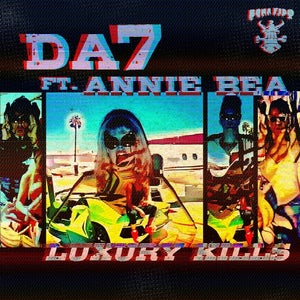 DA7 aka DJs Double Agent 7 are the tub-thumpin' 45-spinnin' duo behind Dalston's legendary Mission45 nights, where their vinyl-only pure '50s & '60s rockn'roll has swung all manner of crazy cats since 2012. Luxury Kills, a two fingered salute to the pursuit of all that glitters, sees them teaming up with a formidable cast to bring you, dear listener, the rattlin' ethos and the rollin' tempo of their club night, right into your very own cars, bars, radios and diners.

Employing the song-writing skills, masterful musicianship and hot smouldering vocals of another infamous duo, borrowed from exquisitely quirky band Fjokra, is a voice that eats you for breakfast then leaves you with the bill: it can only be Annie Bea, plus all instruments - yes all! - performed by the Prince-like genius that is Fiachra Mac Oireachtai. Also on co-writing duties is Markus Dravs, the acclaimed 4-times Grammy Award-winning producer behind Björk, Florence + the Machine, Kings of Leon and Arcade Fire to name just a few. And did I mention it was recorded in the equally prestigious West London studio of rock ruddy royalty Mr. Mick Jones?

And if that wasn't enough the release comes with an extravagantly punchy remix from Jem Stone, the man famously behind breaks imprint Finger Lickin' Records and a longstanding purveyor of powerful jazz-funk-breakbeats-a-go-go, who turns out a version that retains all the original's anti-luxurious rock sensibilities yet turns them on their house-banging head.

So you want luxury? Be careful what you wish for..