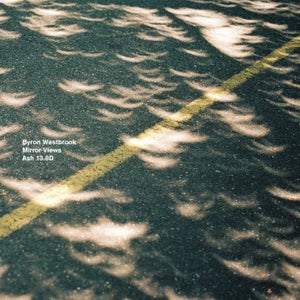 Mirror Views is composed from audio elements of Threshold Variations, a multi-channel audio and light installation presented in 2017 while Westbrook was artist-in-residence with ISSUE Project Room in Brooklyn. The audience visiting the installation was invited to navigate a dark room with mirrored walls while a sequence of colored low lighting filled the space, gradually shifting hue and amplitude as the sound played at low volume, co-existing with exterior sound. The installation's focus was dynamic play with perception of presence, both real and imagined.
The sounds heard here are a mix of cassette field recordings made on or around the August 21, 2017 solar eclipse, intermingling with synthesized environments created with the Buchla 200 Synthesizer at EMS Stockholm while Westbrook was in residence in late 2016. During his stay in Stockholm, Westbrook resided in a notoriously haunted boarding house where many claim to have seen a ghost in the mirrors in the top floor apartment. While he never witnessed the ghost, he was constantly looking. The recordings made from those sessions represent that anticipation: a straining to see presence revealed through haziness, not unlike the experience of gradual light changes experienced during the eclipse which inspired the installation.

Recorded by Byron Westbrook in 2016-2017 on location in Brooklyn, Long Island, Rhode Island and in Stockholm at Elektronmusikstudion EMS