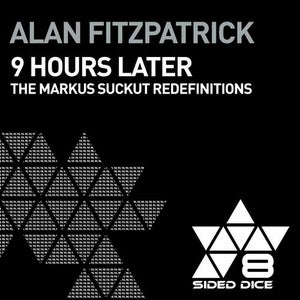 Originally available as the first release on 8 Sided Dice back in May 2008, 9 Hours Later is the record that started everything for Alan Fitzpatrick. Championed by Carl Cox, John Digweed and Dubfire at the time, the track put Alan Fitzpatrick on the techno map; acting as a calling card that began to open doors as Fitzpatrick started out on the path that has thus far led him to become the preeminent production force on Adam Beyers Drumcode roster and one of the most in demand techno talents in the global scene. 8 Sided Dice notch up a landmark 50th release by asking everyone to cast their minds back to where it all began and invite one of 2012s most exciting emerging talents, Markus Suckut, to remix the very first release on the label, Alan Fitzpatricks 9 Hours Later. Bringing his widely acclaimed stripped-back, industrial style to the release, Suckuts two Redefinitions give the big room techno of the original a stylish 2012 make-over; fusing heavy drums with a simple hooks all embellished subtle production touches.