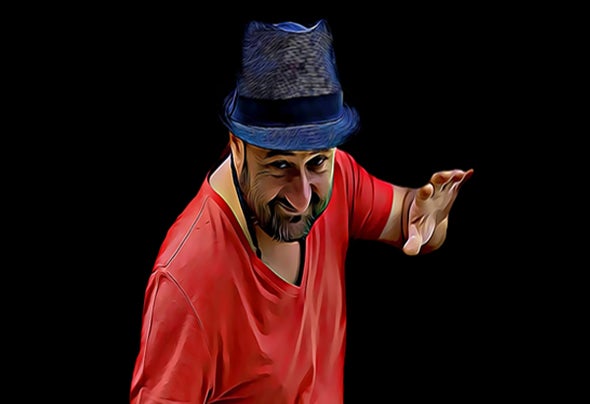 A DJ/Performer with over 25 years of experience! He was resident DJ & Guest DJ in some of the best clubs in England, Portugal, Spain, and Latvia including: Ministry of Sound (London), Pacha (London), The Cross (London), Brickhouse (London), Egg (London), The Cave Gallery (London), Nama (London), Mera Soho (London), Punk (London), Lightbox (London), Hidden (London), Club 24 (London), Factory (London), Fire (London), Pulse (Latvia), Coruna Hotel (Spain), Excêntrica (Portugal), Sushi (Portugal), Pacha (Portugal), Via Invicta (Portugal), Arte Caffé (Portugal), Império Romano (Portugal), and Horta da Fonte (Portugal) to name but a few. He also played for amazing club nights in London such as: Space (A.List - The Cross), Wicked 7 (Club 24), Madam K 7 (Factory), We Love Pacha (A.List - Pacha), Fallen Angels (A.List - Egg), Poison (Hidden), Suave (Miabella), Life and Death (BrickHouse), to name but a few. In 2009 after joining The Ministry of Sound DJ Academy for a DJ course, his talent was recognise by the likes of Karl ‘’Tuff Enuff’ Brown, Danny Rampling, Jazzy M, Ray Keith & Jim Jomoa as one of the very successful/truly talented DJs in the course. Soon after sending a demo, he was invited to play as a resident DJ for the ‘’Ministry of Sound DJ Academy Showcases’ in London, for very prestigious/world famous club nights such as: Subliminal Sessions (Ministry of Sound), Global Underground (Ministry of Sound), Saturday Sessions (Ministry Of Sound), to name but a few.At present time he spends most of his time in the studio working hard to perfect his sound, and things are starting to get hot with releases on Marktek Records. It takes well developed skills to perform with 3/4 decks! He is definitely a 3/4 deck wizard, a great performer who loves to be on stage with a smile in his face, a true crowd person who loves to connect with the party people and enjoy the ride. He wants to live the big dream, and make history in the music industry. The Future is UNIT 136!