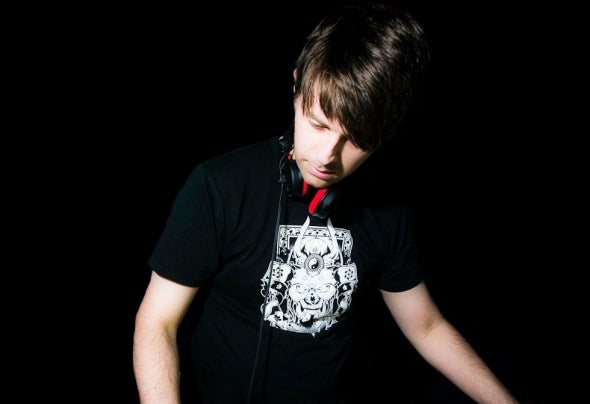 Detroit ghetto’s emblematic music, a Techno Miami-Bass Hip-Hop and Ghetto-House blend, Ghetto Tech has built up its worldwide fame by its instant efficiency and its genuineness. It went around the globe to end up in Sydney where Typhonic has extracted the essence of the kind to give its own version of 313's sound within respect of the original pioneer’s sound.Ben Redzic, of his real name, aka Typhonic starts by turntablism art and get to be known during contests such as DMC or Red Bull Threestyle by its outstanding technique. Giving himself up to producing, he specializes in Ghetto Tech and is quickly spotted by the godfather himself, DJ Godfather, who signed him up on his legendary label Databass for three EP.Hyperactive, Ben organizes Shake Dat Monkey parties in Sydney therefore becomes the Australian ambassador of Ghetto sounds.Efficient proof “Call Of The Booty” rings the freak’s phone sleeping inside of each of us, followed by “Drunk In The Club”, authentic anthem for sub-basses thirsty. Then “Party Jump” as it’s says will make bass-heads’ jump, and as the sunrise’s out of the Club “Early” brings some smoothness within sustaining mad rhythm. Obviously Typhonic did not come alone, Kaptain Cadillac gives us a trap-tech remix (house made recipe of ghetto-tech and trap), Kriskha work wonders in powerful and progressive Techno, without forgetting D-51 offering us a Hard-House sound in the most authentic local tradition.As simple and deep, genuine and reachable, fans as neophytes will get thrilled by this EP, creating a connection between Sydney and Paris; it shows once and for all the Booty scene globalization putting “Call Of The Booty” as a figurehead of Ghetto Tech’s worldwide renewal.