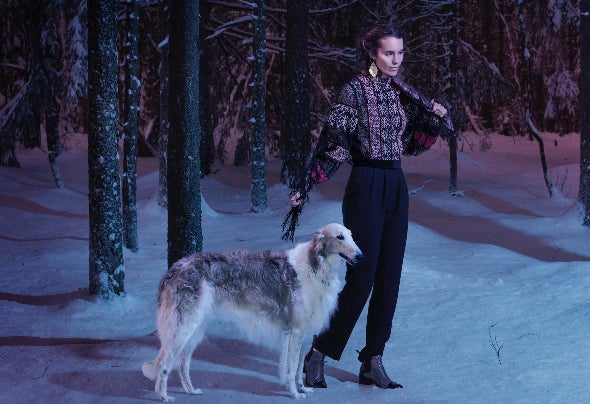 Anna Frost started DJing locally and making music as Tora Vinter in the early 2000s. Her music went from a local phenomenon to the international scene when a demo of Sophies Nightmare was played by Detroit legend Moodyman in -06. The same year she was selected to go to the Red Bull Music Academy in Melbourne, making her an alumni with Steven "Flying Lotus" Ellison and Maxime ”Compuphonic” Firket. Working together with them in the studio inspired her to pursue producing music and in 2008 she released ”Don't Turn Around" as a limited white sleeve vinyl on her own label My Sonic Mountain. The EP got recognized by Rob da Bank on BBC Radio 1 and became an underground club hit. The success of her first release led to remix requests and the hyped remix of Triangle Walks by Fever Ray. After a break from musicproduction she returned 2018 with the Morgiana/Sheherazade EP on Gothenburg based label BROR Records. The 12” was well received and supported by Josh Wink, Pedro Winter, Dorisburg and Axel Boman among others. Tora Vinter also started a DJ-vocalist performance collaboration with Morgiana singer Veraluz, earning a prestigious homecoming slot at the Way Out West Dungen stage. The relationship with BROR continued and Tora Vinter followed up with the 12” Peribanu / Kid Kid in 2019. In 2020 she joined forces with Fjäder, The Lioness and Johanna Knutsson on the collaboration EP Pioneers, a tribute to early female electronic artists such as Delia Derbyshire. 2020 also saw Tora Vinter getting her first commission to compose music for the stage, and scored the play "Blixtra, spraka, blända!” for Folkteatern in Gothenburg. Tora Vinter is currently working on an full length album and her track Devour was just released on the VA EP “Coven” alongside tracks from Dorisburg, Tam Nissam and label head Dj Lily.