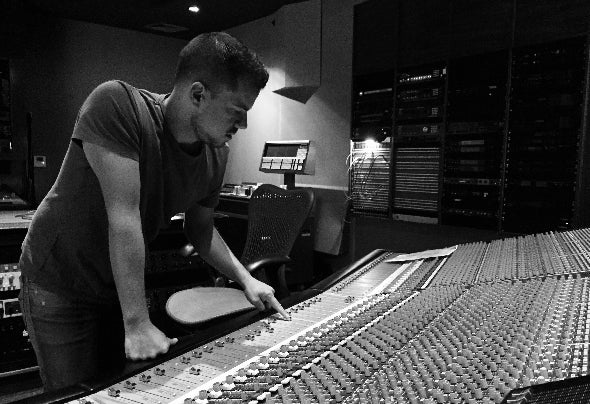 End of the year 90, beginning of the year 2000, France manages to attract the international press thanks to a bunch of young particularly inspired electro producers which are to release federator tubes. Inspired by house music, while drawing its roots in funk and disco music, it gives birth to many callings: a new generation of kids who know their Cassius, their Daft Punk, and their Alan Braxe by heart.Frenchman Thony Ritz takes history where these glorious elders left it.Based in Vernon (France), as a teenager Thony discovers the ltered house music and the samples of this movement, and sees them as a true revelation. Influenced by funk music, disco music and Jean Michel Jarre, he has listened to since his childhood, he produces his first pieces at the age of 10 with a binary synthetizer and records his first tracks on Amiga trying to imitate the author of Oxygene. In 2007, the revolution of myspace will play in his favour. Hundreds of thousands of sights will enable him to make the buzz on house music forums. Discovered on the platform by "My Major Company", he joins the participative label which will offer him a chance. In February 2009, he indeed reaches the 70.000 € thanks to 952 producers who believe in him. He imposed himself as the first electro artist produced by a crowdfunding system. Consecration of work! After a well noticed maxi single (appropriately named “High Future”), Thony releases his first album "Night City" distributed by Warner Music. Mixing the French touch’s hedonism of the first period (Crydamoure, Roulé...) with saturated sounds of the second wave (Ed Banger...), he succeeds to reconcile the popular mainstream techno beats and the more underground and aesthetic electro sounds of the 80′s. Graduated from Abbey Road Institutes Paris in 2019, he spent this year learning in one of the biggest studios in France and working on his new album.