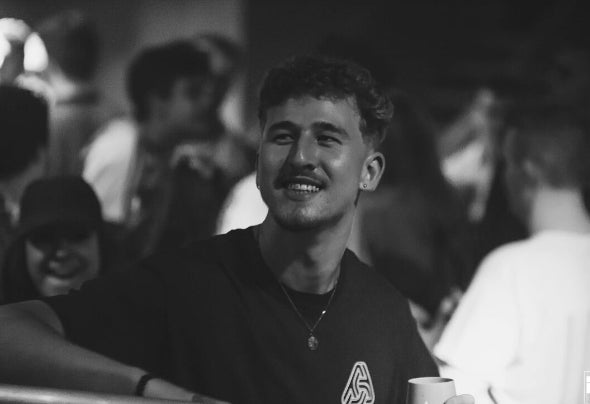 Cameron Hoppu is a Finnish DJ/Producer currently residing in Lancaster, England. Having been brought up playing the drums, and being a massive advocate of using his Sampler - as well as drawing influences from 90s Hip Hop, Rap, Chicago House and Detroit Techno, thevibeiskal looks to bring his take of original and new beats and styles to the underground dance music scene. Performing under the moniker ‘thevibeiskal’ since late 2019, he took full advantage of the opportunity to take music production seriously over the lockdown period in the Summer of 2020. This period birthed his debut release ‘Shlurrin’ among many others, and he looks forward to being able to share and release more music throughout 2021.