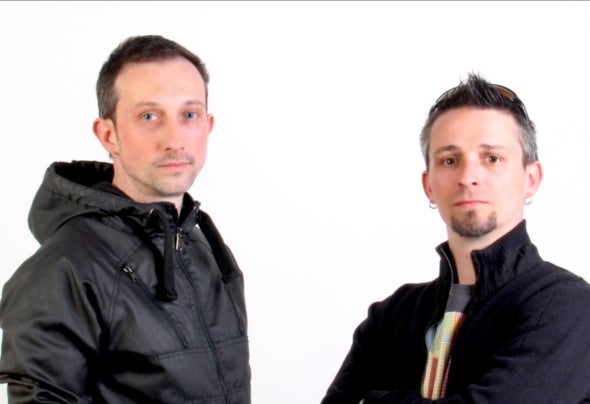 TheTFXX was founded in 2008, though the two brothers used to work together before that as well. Despite being two different personalities, they always found a common way. Chris preferred experimenting with pure sound, mostly house music. He immersed himself in Chicago and progressive styles, while his brother Sly was rather devoted to dirty trash metal and hardcore music of Brooklyn with its crushing guitar solos. The fusion of these two different elements has always been the key factor that makes their parties wild, insane and naturally pure! They started spinning records in earnest in the early 90s, although they were both doing school and house-parties with cassette players long before that. The EBM and Techno became the main styles that Chris delivered in house-parties and clubs when he was 15-16. He paid a great attention and showed devotion to his music. After that they appeared in local clubs and ran single performances, and simultaneously they started to develop a respectful attitude towards music. Though, after Sly shifted away from guitar solos and the incomparable atmosphere of concerts, his interest in Trance was peaked up, but he rather put the tracks of other artists who were popular that time and so did his brother Chris. Both were inspired by Carl Cox, wesbam, Armand Van Helden, Emmanuel Top or the greatest German DJ Djane Marusha. Their motto was to play for their public always and everywhere, and this is what they can do the best. Later Chris started to throw parties where he mainly played FilterHouse and PumpinHouse, as well as he did hip- hop and funky meetings with a Hungarian hip-hop DJ who was already an appreciated artist that time. At the same time Sly was the local resident DJ and he was gaining popularity with the freaky parties thrown by him week by week. In the early 2000s Sly was performing in the Club Omega in Austria with one of the most prestigious Austrian DJs, DJ Chris BG, who influenced his style and Sly learnt a lot from him. In the meantime Chris was also playing in clubs from Graz to Vienna New Town demonstrating his ability and talent as a DJ. Up to this day, he is still being requested by his audience.