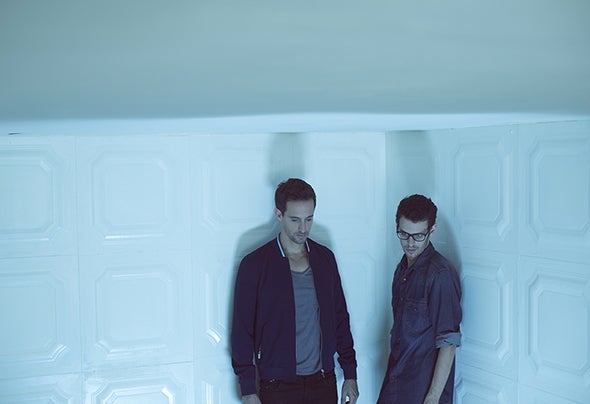 The brainchild of singer-songwriter Ivri Lider and producer Johnny Goldstein, TYP has spent the last three years blazing a musical trail across the globe. Taking influence from 80s electronic bands like Depeche Mode and the Pet Shop Boys, the band fuses modern pop, beats and electronica to form a unique sound that fits right at home in today’s vibrant club scene.TYP’s breakthrough came in 2011 with the release of ‘D.I.S.C.O.’, a cover of the 1979 disco classic by Ottawan. The single and accompanying video went viral, and in the following summer the band released its critically acclaimed debut album, ‘9AM to 5PM, 5PM to Whenever’.Renowned for blurring the boundaries between artistic disciplines, TYP has complemented its music with everything from dance and fashion to video and design. Amongst past projects, the band has performed live at Tel Aviv’s Museum of Art, flanked by a stunning state-of-the-art video mapping display; was selected by American Express to soundtrack and spearhead an online campaign designed to nurture emerging professionals; and most recently, collaborated with the German Film and Television Academy to create a short film based on latest single, ‘Fuck Off Berlin’ .The band will release its second album in 2014.