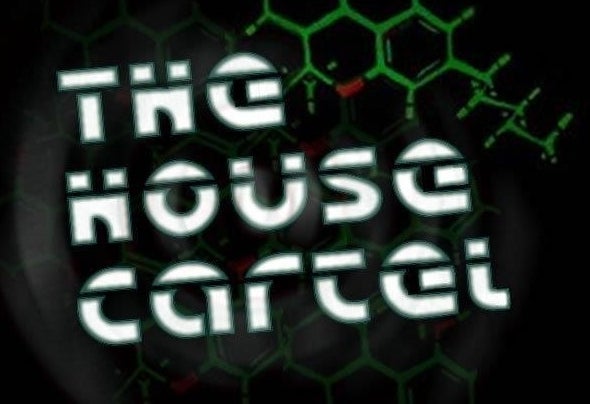 The House Cartel is a NYC-founded movement; founded and led by four dance-music enthusiasts who go by their own pseudonyms: Capo, Zelev, Louie Patron, & Jay R. These four music selectors/DJs/techno tour guides can each be found on their own corner of the dance-music spectrum each bringing their own strengths (musical and otherwise) to the table to create, deliver, and share with all other enthusiasts their unique blend of dance music by fusing techno/tech-house/progressive elements in one big mish-mosh of energy and funk.Each participant of THC has a different level of experience and growth within the music scene in NY. Some of them actively participating in NYC club culture since 03-04 while the others have helped keep the Momentum going starting in the late 2000s.Almost all of them developed their passion for dance-music within the high-energy Trance genre but have all moved on to the deeper, darker more refined sounds of techno and deep progressive house, while keeping elements of their roots in their music.The House Cartel have never been ones to wait around for a break. While developing and networking under NYC-based progressive house legend, Jason Jollins, THC broke off and started organizing their own small-scale events in 2009 at the former Liquid Vibe in Long Island City, Queens. They headlined their own events there, gaining experience and learning how to control a crowd and string them along as they pleased throughout a musical experience, while also playing events for their mentor at NYCs mainstream dance music locale, Pacha NYC. Throughout 2011 and 2012, they frequently were found further honing their technique in Pacha's basement for Jason Jollins' parties and other trance events.In October 2011, they met a group of dance-music enthusiasts like themselves that helped take a group of four budding DJs that called themselves The House Cartel and turned it into a full-blown movement. T hey are collectively known today as 'Momentum'. T hey debuted at Momentum for Zelev's birthday bash in October of 2011 and were invited back several times to play in 2012 before being invited by Momentum boss Stephen Eaves to join him as weekly residents. From there, the rest is history. 2012 was a massive year for THC, forging important friendships and partnerships and creating a force that has quickly engulfed the NYC underground nightlife. Momentum, their weekly Wednesday event alongside Matias Jofre's Rite of Wednesdays has picked up massive steam becoming NY's go-to location on a Wednesday evening.While 2012 was huge for THC and their friends, 2013 is set to be even bigger in scale with their Momentum events set with interesting, large scale bookings throughout the year; starting with Pan-Pot on January 20th, Miss Kitten & Ambivalent joining forces for an event on January 26th (both at SRB in Brooklyn), Dusty Kid and Andreas Henneberg on February 23 @ Rebel NYC, a massive line up of Techno including Mark Broom, Dasha Rush & Alex Monster on March 9th and many more events on their way.