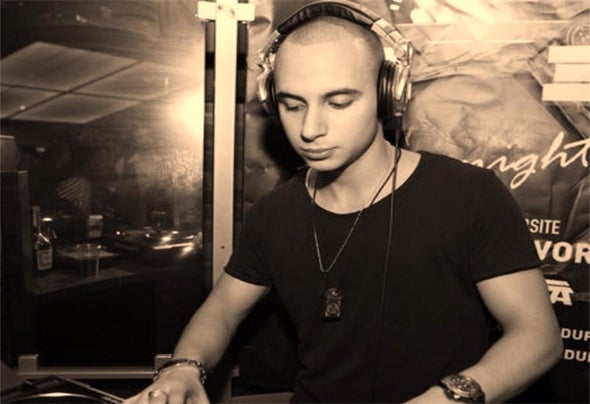 It all began when the little boy named Onur Harmsen developed his passion for music at the age of 8. Back then he played his first guitar. He played for many hours, and turned out to be very talented. Little by little he began making songs with his guitar. Late night jam sessions with his friends followed, jambe’s, bongo’s, everything was there. They discovered Latin and Afro music and loved that style. At the age of 12 he started to really produce music in his own studio and made his own new beats.His way to the dj world began at the moment he first saw a dj playing. He immediately knew that was what he wanted in life. It was the perfect mix between producing music and entertaining the crowd. He bought his first Pioneer set and his dj career started in his room. His first gig came and he was ready for the world of music. The crowd gave him such a rush that he didn’t want the night to end.All the hands were high in the sky, people start yelling his name and danced to his music. He knew this was his thing and his passion. After his first gig in Arnhem other clubs heard about the new Dj in town and then it went so fast.His dj name is a mix between swing and swag. Swing because the crowd must be swinging at all time, and Swag because everyone called his first performance “Swag’’.T hat’s how he came up with the name Dj Swang. After his first gig in Arnhem, more cities followed: “Groningen, Nijmegen and Doetinchem”.He maked his first hit on Dance-tunes with his Latin House song “Chi Fa Ce” with Chevobeatz in July 2012. It was a number one hit for five weeks in the top 100 of Dance-tunes. New releases are soon to be come.Dj Swang is rocking the Netherlands these days and it’s time to rise and shine people!